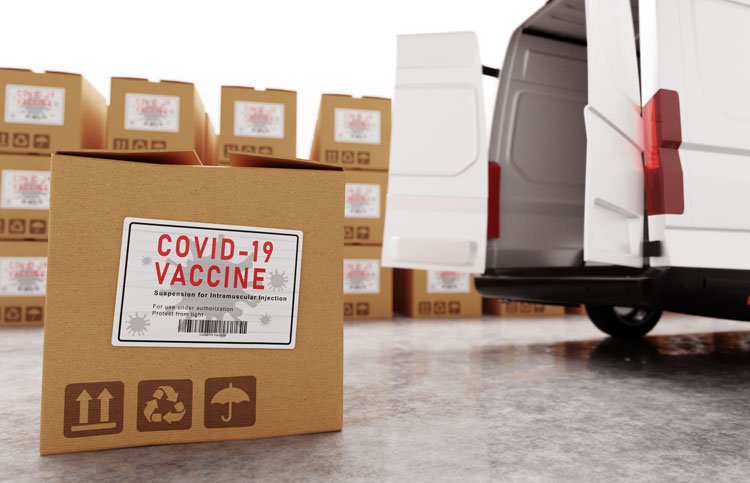 As countries across Europe consider new restrictions in the face of rising COVID infections, leading scientists  warn poor vaccine take up is impacting the ability to tackle the pandemic.

The Netherlands has announced it is to impose partial restrictions as France, Germany and Austria look at how they will combat rising case numbers.

IN the UK Prime Minister Boris Johnson has warned of storm clouds gathering over Europe amid the rising case numbers.

Scientists have warned the cold weather and the unvaccinated will hamper attempts to reduce the numbers.

Professor Lawrence Young, Virologist and Professor of Molecular Oncology, University of Warwick, said: “A combination of insufficient vaccine uptake and the easing of restriction measures is contributing to a surge in COVID-19 cases in Europe.

“Vaccine hesitancy is a particular problem in Central and Eastern Europe driven by a lack of trust in the vaccine and in their government’s promotion of vaccination. Whether compelling individuals to get jabbed – either by lockdown measures for the unvaccinated or vaccine passports to access indoor spaces such as restaurants and shopping malls – will work is questionable and runs the risk of further alienating the public.”

He added: “Less mask wearing, more mixing indoors due to colder weather and waning immunity are also contributing to the high case levels in the UK. England has been slower to vaccinate adolescents than other countries in Western Europe and around the world and this has contributed to a high number of cases in school-age children and to the spread of infection in the wider community.

“While cases in the UK do appear to be slowly dropping, we still have the highest rate of hospitalisations in Western Europe and are now seeing more infection in the over 50s. Given Israel’s experience of the success of booster jabs in controlling the latest wave of infection and vaccination of 12 to 15 year olds, the hope is that we will continue to see a steady fall in cases and hospitalisations. But it’s a fine balancing act between the need to get on with vaccinations and the continued spread of the virus in the face of waning immunity exacerbated by the lack of control measures to limit virus transmission.”

Scientists added that the UK is ahead of the curve having entered the latest infection spike ahead of its European peers.

Dr Michael Head, Senior Research Fellow in Global Health, University of Southampton, explained: “It is likely that many European countries are coming to the point where the UK was a few months back, in terms of some waning of immunity in the populations vaccinated earlier in the year.

“The UK rolled out a vaccination programme earlier than most countries, and therefore has experienced impact of waning immunity earlier. We can also look at Israel as an example here too, with their initial rapid vaccine rollout and booster campaign. The boosters here in the UK are clearly having an impact around hospital admissions and new cases in older populations.

“If European countries rapidly implemented booster programmes then this would increase the level of protection within their populations. However, we are seeing that while vaccines do a lot of the heavy lifting when it comes to keeping COVID-19 under control, other interventions are also required to prevent case numbers rising.

“To control the number of cases vaccines can be combined with other non-pharmaceutical interventions, such as improved ventilation in indoor settings and the wearing of facemasks. Countries can also consider reducing mixing of susceptible populations, for example by reducing capacity within indoor areas like theatres or cinemas. A full lockdown is an intervention of last resort, but there are many other factors that can be considered that (for example) still allow people to see friends and family.

“Many European nations, particularly in Eastern Europe, have much lower proportions of their populations vaccinated. The levels of vaccine hesitancy across many countries is a cause for concern. This is going to be a great problem for a very long time. There will be the immediacy of the burden of COVID-19 disease, along with knock-on consequences for other areas of health, particularly as we head through the winter of 2021/22. Beyond that, there will still be significant outbreaks of COVID-19.

“Where we see uncontrolled outbreaks, we also see emergence of new variants of interest and concern, and we really don’t want any new variants to become dominant and have a greater impact upon the effectiveness of our vaccines.

“Ultimately, the world cannot fully relax until the vast majority of the world is vaccinated. The combination of vaccine hesitancy and lack of access to vaccines is everyone’s problem.”

His views have been backed by Prof Paul Hunter, professor in medicine, The Norwich School of Medicine, University of East Anglia.

“We are not behind Europe in this wave, they are behind us,” he said. “We are not currently seeing a surge of the same magnitude as Europe at present largely because of the high case numbers over recent months which most of Europe missed out on. The key exception is Romania which have just had a large peak and which are now seeing a decline.