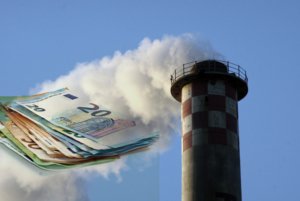 A new study has reported that governments across the world are struggling with the costs of severe weather events and shifting demographics.

Reinsurance broker Guy carpenter has issued a new study which highlights there is now a need for an urgent rethink of how catastrophic events are funded and a greater use of public-private partnerships to manage risk.

The report, Protecting our Planet and the Public Purse, examined how the risk landscape for public sector entities is changing at an unparalleled rate, with extreme weather, mass migration and unfunded social liabilities set to dominate government agendas for decades to come.

“The spectre of climate change points to a future that will see more frequent and severe weather events, bringing obvious threats to properties and infrastructures in high-risk areas,” said Rob Bentley, CEO, Global Strategic Advisory at Guy Carpenter. “The dynamics of climate change need to be understood and managed. The scale of change will vary significantly by location: some regions are likely to see minimal effects while others will experience disproportional impacts. Effective risk transfer and mitigation strategies will play a crucial role in offsetting wide-ranging financial and socio-economic impacts.”

The report found the issue of climate change is only going to accentuate the challenges confronting governments. Natural catastrophes are becoming more frequent, and the intensity for certain perils is also likely to increase. Statistics show that carbon dioxide emissions have increased and the planet as a whole has warmed considerably. The report added that global warming has already caused multiple changes in the climate system, including increases in both land and ocean temperatures, as well as more frequent heatwaves. The frequency, intensity and/or amount of heavy precipitation events has also increased at a global level.

Some of the most pessimistic scenarios associated with climate change point to major economic and societal upheaval. Sea level rise, for example, brings wide-ranging consequences to coastal properties across the globe while a warming climate will inevitably result in more frequent and severe wildfires. Indeed, climate models find that climate change is increasing the probability of extreme fire conditions around the globe.

The cost burden of natural catastrophes is increasingly being assumed by governments, as insurance penetration for climate-related risks falls behind rising loss trends and the protection gap grows, according to the report. In tandem, climate change risks are intersecting with, and in some cases being amplified by, other equally challenging issues confronting societies, including shifting demographics and high levels of publicly held debt.

By working closely with the risk management experts, governments can make important progress in managing and mitigating the risks that they face. The phenomenon of nations bearing an increasing share of climate costs is occurring globally. A culture of reliance on government assistance for disaster relief has emerged as a result, which puts pressure on governments to provide assistance after catastrophes occur and prompts a perception of moral obligation. Governments therefore need to rethink how they fund catastrophic events that go largely unbudgeted and place a strain on public resources.

“A growing number of governments are now stepping up to the plate,” said Jonathan Clark, Head of Public Sector at Guy Carpenter, “and are taking proactive steps to manage risks by turning to the private sector for innovative risk mitigation solutions. As our report demonstrates, the financial resilience of our communities is already benefiting from the innovative risk mitigation solutions being offered by the reinsurance market. The sector remains well capitalized and the level of sophistication and expertise developed over decades of addressing previous market-changing events puts it in a strong position to help public entities confront the prospect of more frequent and severe weather events in the future.”

“The argument is clear: countries need to move more quickly to address the reality of climate change and its financial challenges,” concluded Mr. Clark. “Putting the capital and capabilities of the reinsurance sector to work to create new coverages and meet evolving demands from public sector entities is a crucial component for increasing community resilience and reducing disaster suffering. At a time when governments worldwide are being forced to bear a growing share of natural catastrophe losses, and face multiple challenges in funding increasing costs associated with aging populations and higher debt, the reinsurance market has established itself as a capable private partner for the public sector.”