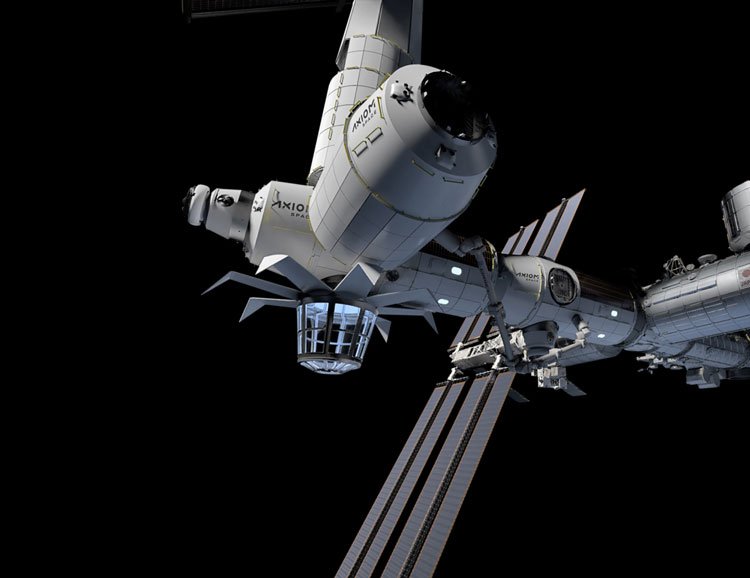 The first team of private astronauts that will travel to the International Space Station have been announced, but it comes at a cost.

Axiom Space announced its crew for humankind’s first flight of a group of private individuals to a Low Earth Orbit destination – the first-ever entirely private mission proposed to fly to the International Space Station (ISS). Each of the four will pay $55 million for the mission which will see the team stay at the ISS for eight days.

The proposed historic Axiom Mission 1 (Ax-1) will be a precursor for the launch of regular private missions to the ISS which are set to be carried out twice a year by Axiom as space tourism continues to establish itself in the years to come.

Mr López-Alegría, who flew to space four times over a 20-year, record-setting career at NASA and last visited the ISS in 2007, will become the first person to ever command both a civil and a commercial human spaceflight mission. Connor will be the first private mission pilot in the annals of spaceflight.

Mr Pathy will be Canada’s 11th astronaut.  Mr Stibbe, a close personal friend of Columbia astronaut Ilan Ramon and a former Israeli Air Force pilot, will be Israel’s second. Both will fly as mission specialists.

“This collection of pioneers – the first space crew of its kind – represents a defining moment in humanity’s eternal pursuit of exploration and progress,” Mr López-Alegría said. “I know from first hand experience that what humans encounter in space is profound and propels them to make more meaningful contributions on returning to Earth. And as much as any astronaut who has come before them, the members of this crew have accomplished the sorts of things in life that equip them to accept that responsibility, act on that revelation, and make a truly global impact.

“I look forward to leading this crew and to their next meaningful and productive contributions to the human story, both on orbit and back home.”

The proposed Ax-1 mission will include the crew living aboard the US segment of the ISS for approximately eight days, participating in research and philanthropic projects.

“We sought to put together a crew for this historic mission that had demonstrated a lifelong commitment to improving the lives of the people on Earth, and I’m glad to say we’ve done that with this group,” Axiom Space President & CEO Michael Suffredini said. “This is just the first of several Axiom Space crews whose private missions to the International Space Station will truly inaugurate an expansive future for humans in space – and make a meaningful difference in the world when they return home.”

Axiom Space is the commercial space industry’s only full-service orbital mission provider for private and national astronauts.  With the first launch opportunity no earlier than January 2022 aboard a SpaceX Crew Dragon, Ax-1 is the first of Axiom Space’s “precursor” private astronaut missions to the ISS – subject to approval from NASA and its international partners.

“Axiom Space and NASA are working together on the final approvals of a formal Basic Ordering Agreement (BOA) to enable private astronaut missions, with further discussions underway to agree on and authorize the Ax-1 mission profile,” said the firm.

Axiom added it intends to offer private and national astronaut flights to ISS at a rate of up to two per year to align with flight opportunities as they are made available by NASA, while simultaneously constructing its own privately funded space station. At the point when the ISS is retired, the Axiom Station will separate to form the world’s first free-flying, privately developed, internationally available space station – the central node of a near-future network of research, manufacturing, and commerce in LEO.

“The Axiom Station’s modules will be attached to the Harmony node of the ISS beginning as early as 2024, a commercial expansion of the orbiting lab for which NASA selected Axiom in January 2020,” the firm said.

Axiom Space is the commercial space industry’s only full-service orbital mission provider for private and national astronauts.  With the first launch opportunity no earlier than January 2022 aboard a SpaceX Crew Dragon, Ax-1 is the first of Axiom Space’s “precursor” private astronaut missions to the ISS – subject to approval from NASA and its international partners.

0
SHARE:
Technology will revolutionise the life of the industry