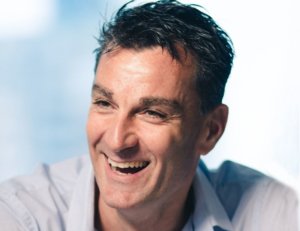 The CEO of Canadian insurer Manulife Financial and his senior executive team have been forced to apologise after a Christmas message went disastrously wrong.

CEO Roy Gori (pic) and his executives filmed a rap video as part of their thank you to the firm’s 36,000 employees, but according to the Boston Globe the rap caused furore with staff amid a racism row.

The video saw Mr Gori and his team wearing hoodies and dark glasses and rapping their thanks but the fact that they were white and the way they were dressed didn’t go down well with all staff.

The insurance company’s leadership team, including its CEO, were forced to apologise after they created a rap video as a “thank you” to their employees. According to the Boston Globe, a meme created by an employee showed a still from the video with the label “Straight Outta Costfit”, in a pun on the rap group NWA’s “Straight Outta Compton”.

Staff labelled the video “misguided at best, and racist at worst.” It was pulled from the firm’s intranet within hours following the staff comments.

Senior executives then called a forum to discuss the staff’s complaints with 860 staff either attending or joining the 90 minute event online from the firm’s offices.

In the statement, the Toronto-based insurer said that the video was meant to be “light-hearted”.

“We regret creating this video, removed it immediately and held a forum to apologize to and hear directly from our employees,” Manulife said.

“We strive to have an environment where all employees are treated with respect and dignity, and the recent video clearly didn’t meet that objective.”