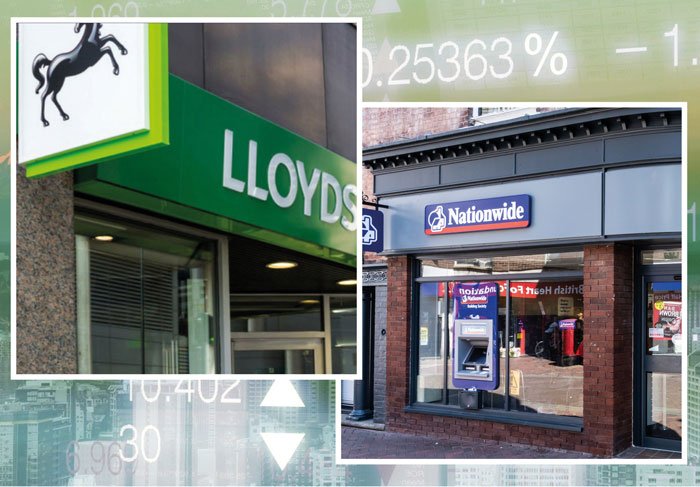 In a week when the Financial Conduct Authority (FCA) dismissed a range of defences supplied by insurers in its Business Interruption test case one of the UK’s leading building societies and a high street bank have also fallen foul of the regulators.

The Competition and Markets Authority (CMA) has written to the Nationwide Building Society and Lloyds Bank over breaches of its orders around the sale of payment protection insurance (PPI).

Alistair Thompson Director, Remedies, Business and Financial Analysis at the CMA wrote to the Nationwide to highlight their failure to inform over 3,000 of its mortgage customers that they were paying for PPI they did not need and had the option to cease the policies.

He said he was writing to “express its disappointment that, having issued formal Directions to Nationwide Building Society (Nationwide) in October 2019 for two serious breaches of Article 4 of the Payment Protection Insurance Market Investigation Order 2011 (the Order), and following the audit of compliance procedures that the CMA directed it to undertake, a control check performed by Nationwide has uncovered that it has breached the Order again”.

The building society failed to send Annual Reviews to 3,053 Mortgage Payment Protection Insurance (MPPI) customers by the due date of 1 February 2020. The underlying cause was that an incorrect record was included within MPPI data that was due to be provided to Nationwide’s print house in December 2019 for mailing to customers.

The breach came to light following the assurance work carried out by Nationwide as required by the Directions that the CMA issued to Nationwide in October 2019.

The Directions required Nationwide to implement new processes to ensure future compliance and appoint an independent body to conduct assurance audits of its processes and controls.

“The CMA considers that this breach, which has resulted in customers failing to receive PPI Annual Reviews, represents a significant failure to maintain compliance with the Order, particularly given the previous breaches for which the CMA issued Directions to Nationwide,” stated the letter. “This breach could have harmed customers’ interests, for example, by affecting or altering a customer’s decision on whether to retain a PPI policy or switch to another provider.”

Nationwide has written a letter apologising to customers but it has not stopped the CMA from making its displeasure public.

For Lloyd’s bank the issue has bordered on farce as it became clear insurance staff had accidentally sent letters intended for customers to the bank’s own offices as part of a series of mistakes.

The bank has agreed to pay back nearly £96,000 to more than 10,000 customers who were not kept properly up to date about their payment protection insurance (PPI).

The CMA found that 10 Lloyds customers did not get a review of their mortgage PPI for eight years, while 17 were not sent one for seven years.

While the BI row has been promoted by the current pandemic, the PPI scandal has been ongoing for over a decade and shows no sign of abating as the regulator continues to demand further action.