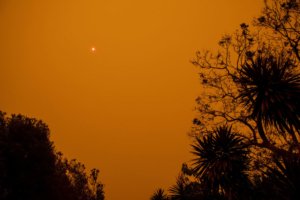 Ratings firm Fitch has warned that Australian insurers will need to check their reinsurance policies as the country continues to be ravaged by bushfires.

However it warned reinsurance protection for the fires will be subject to the inception dates and duration of the events. “Prolonged fires could exhaust insurers’ natural hazard allowances and expose them to further earnings pressure,” added Fitch.

As of yesterday the fires have so far resulted in 8,263 claims, totalling AU$644 million, since being declared a catastrophe on 8 November 2019, according to the Insurance Council of Australia (ICA).

A total of 1,838 houses have been destroyed so far across several states, although insured losses have mainly been in New South Wales. In comparison, ICA figures showed there were 3,700 houses destroyed in south-eastern Australia during the 1983 Ash Wednesday bushfires and 2,029 houses in the 2009 Black Friday bushfires in Victoria. Total insured losses from the 1983 and 2009 fires were AU$2.5 billion and AU$1.8 billion, respectively, in 2017 dollar terms, according to the ICA.

“The impact on insurers of more recent natural disasters, such as the January and February 2019 Townsville floods and the December 2018 Sydney and south-east Queensland hailstorms, has been limited due to reinsurance,” explained Fitch. “These disasters resulted in insured losses of AU$1.3 billion and AU$1.4 billion, respectively, according to the ICA.”

In a statement the ratings firm said: “Major Australian non-life groups have continually increased their natural hazard allowances and strengthened their reinsurance programs in the face of both increased frequency and intensity of extreme weather events. For example, Suncorp increased its natural hazard allowance by AU$100 million to AU$820 million for the financial year ending 30 June 2020 and purchased an additional AU$200 million natural perils reinsurance cover on top of this allowance. The group’s main catastrophe reinsurance program limits its maximum single event retention to AU$250 million and covers losses of up to AU$7.2 billion.”

SHARE:
Neon in Run Off After Parent Pulls Plug