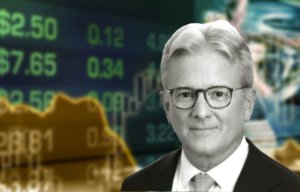 A leading broker has said that the 1 January renewals have highlighted that the reinsurance market is in a state of transition.

Peter Hearn, President and Chief Executive Officer of Guy Carpenter (pic) was speaking as the broker issued its review of the 1/1 renewals which found that while capacity was available for a rising number of risks there were challenges to place the necessary programmes.

“The re/insurance sector is undergoing a period of transition as risk quantification strategies incorporate new information and risk appetites are adjusting accordingly,” he explained. “The response of the reinsurance market to these dynamics continues to evolve. At 1 January 2020, there was more than sufficient capital relative to demand for most renewal placements, even as reinsurers navigated elevated losses and adjusted underwriting assumptions to reflect changing perceptions of risk. However, market conditions have clearly tightened and negotiations became a function more of price than capacity.”

Guy Carpenter said the renewals were shaped by deteriorating loss experience, a lack of new capital inflows and increasingly challenged environments in the primary insurance and retrocession markets.

The broker said that while reinsurance supply was largely sufficient to meet increasing demand in all but the most constrained areas, outcomes varied significantly by geography, line of business and cedent, with performance one of the key differentiators.

“The loss environment and shifting views of risk were crucial factors in changing market sentiment,” it added. “The impact of risk reassessments has been particularly pronounced in the primary insurance market to date, where derisking exercises at some players have led to the scaling back or withdrawal of capacity from several underperforming lines of business.”

In what Guy Carpenter described as an asymmetrical market, classes where underlying performance remained positive and profitable often resulted in renewals as expiring, or in some cases modest rate decreases, while those with more strained operating conditions faced market corrections, some significant. The most pronounced reinsurance rate increases were localized to specific regions or markets, typically led by successive years of losses, deterioration in performance and/or changing risk perceptions.

The review found that in the retrocession market, the environment was “challenged” at 1 January, characterised by trapped capital, a lack of new capital and continued redemptions from third-party capital providers.

“Shifting market dynamics prompted reinsurers to weigh the alternatives of accepting enhanced volatility potential or considering alternative vehicles, such as catastrophe bonds,” it added. “These capacity conditions culminated in significant retrocession rate increases across several types of coverage at renewal, albeit with marked distinctions depending on products, structures, relationships, risk tolerances, loss experiences and performance”.

David Priebe, Chairman of Guy Carpenter, added: “The reinsurance market enters 2020 in a solid position with initial analysis of dedicated reinsurance capital up slightly as compared to a year ago, bolstered by mid-single digit growth in rated capital in 2019. Accounting for the impact of trapped capital, total available capital at January 1 is close to flat. While reinsurers will continue to deploy capacity cautiously, with cedents’ performance and loss experiences scrutinised closely, the sector remains well capitalised overall.”