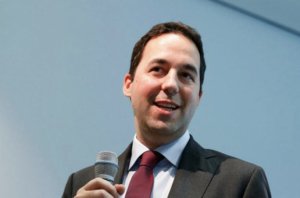 Swiss Re has agreed to sell its life subsidiary ReAssure Group to Phoenix Group Holdings in a deal valued at over £3 billion.

The reinsurer will receive a cash payment of £1.2 billion, shares in Phoenix representing a 13% to 17% stake and be entitled to a seat on its Board of Directors. ReAssure’s minority shareholder, MS&AD Insurance Group Holdings Inc, will receive shares in Phoenix representing an 11% to 15% stake. The respective number of shares Swiss Re and MS&AD receive will depend on Phoenix’s share price at closing of the sale, while the total shareholding of both companies is fixed at approximately 28%.

Christian Mumenthaler, Swiss Re’s Group CEO, (pic) said: “We believe this transaction maximises long-term value for Swiss Re shareholders. Swiss Re’s goal has been to deconsolidate ReAssure, and we are pleased to have found a strong buyer for the business. The strategic rationale for the combination of the businesses is compelling, and we look forward to working together with Phoenix and to sharing the financial benefits of the combination.“

The transaction will enhance Phoenix’s position as Europe’s largest life and pensions consolidator with £329 billion of assets under administration and more than 14.1 million policies1, giving it an enhanced platform to pursue further growth opportunities.

Thierry Léger, CEO of Swiss Re’s Life Capital Business Unit, said: “The expertise of ReAssure’s team combined with that of Phoenix will create a very powerful closed book consolidator. At the same time, the sale will accelerate the transition of Life Capital towards a dynamically growing digital B2B2C business that leverages technology and data.“

As part of the transaction, Swiss Re will reacquire the 25% stake in ReAssure currently held by MS&AD. The consideration for this purchase will be Phoenix shares with value of up to GBP 1.0 billion at signing. This represents a GBP 0.1 billion premium to MS&AD’s cost base for its holding in ReAssure.

The transaction is expected to close in mid-2020, subject to approvals by Phoenix’s shareholders, regulators and anti-trust authorities.

Female Travellers Must Prepare For Unique Risks
Scroll to top