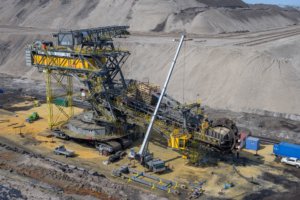 Reinsurers Need to Deliver a no Coal Goal

As global climate change dominates the news agenda and the United Nations prepares for its Climate Summit in New York, Kuba Gogolewski  Senior Finance Campaigner at international climate pressure group The UnFriend Coal tells Emerg-in.co.uk why the world’s reinsurers need to look at their willingness to underwrite fossil fuel risks. His focus is on Poland and Central Europe’s biggest insurer PZU

16 insurance and reinsurance giants including Axa, Allianz, Chubb, Generali, Munich Re, Swiss Re and SCOR have finally connected the dots between burning fossil fuels and the climate crisis, announcing various coal underwriting policies. However, Poland’s PZU – the largest financial group in Central and Eastern Europe – still doesn’t understand that by supporting coal it not only holds responsibility for worsening the impacts of climate change, it is also undermining its own insurance business.

PZU is responsible for underwriting the majority of the Polish coal mining and power generation sector, and its share has continued to grow. Since February 2018 all but one of the other insurers historically active in the Polish coal sector have abandoned new coal due to the reputational damage it causes, not to mention the increasingly heavy financial risks it comes with.

Smart insurance companies have adopted some kind of limitation to coal underwriting, leaving PZU together with a subsidiary of the German Talanx group – TUiR Warta – as the only insurers that still underwrite new coal and lignite mines planned in Poland, such as the Złoczew mine. This project will not only take ten years to build, it will prolong the life of the worst CO² emitter in the EU, the Bełchatów thermal power plant, well past 2050. This will be a huge liability for a Europe moving towards a net-zero future, and  will come at a huge cost to the health and wellbeing of Polish citizens.

With reinsurers and insurers meeting this week in Monte Carlo it is time to make decisions and put plans in place to move away from coal in a responsible way. Our chances of staying below 1.5° or even 2° of average global warming shrink with each day a coal plant remains online. It is not possible to simply ‘switch them off’, but it is possible to phase out funding and insurance so utilities finally get the message that there is no future for their plants after 2030. When you’re in a hole, you have to stop digging. For insurers like PZU, that means taking responsibility and ruling out underwriting on new coal power plants and mines.

Hannover Re, Munich Re and Lloyd’s should think twice before renewing their reinsurance contract with PZU1.

Not only is it in our planet’s best interest to transition away from this deadly and polluting form of dirty energy, it is in the best interest of the insurance industry to stop investing in destructive energy sources that undermine investments and destroy reputations.

Although the biggest insurance and reinsurance companies are starting to move away from coal, climate science doesn’t leave much time for celebration. In order to avoid one of the most complex risks humankind has ever faced – climate change induced changes to the way societies are managed and behaving – the reinsurance industry needs to play an active role. For this to happen and in order to profoundly transform the economic system away from unabated fossil fuel extraction, action from all sectors of the economy at an unprecedented speed of is needed.

The insurance and reinsurance industry is fully aware of the need to act but given the complexity, size and interconnection of the industry with the rest of the economy creative new ways of doing business will need to invented and much of what has worked in the past will need to be unlearned.

What is the use of knowing what risks the fossil fuel industries is exposed to if the very industry is a risk to the whole economy. How to make sure that action is taken collectively and that competitors from reinsurance industry and brokers don’t free-ride on progress made by the rest of the reinsurance industry? A strong reinsurance agreement is needed and those moving first should at the same time push their colleagues who have not moved to do more including calling them publicly to do so. We need a real visible call to arms from the reinsurance industry itself. Opting for short-term benefits and at the same time undermining the long-term collective efforts is no longer welcome and should be questioned in public.

There is a great deal of work to do in improving the transparency of the industry. The business confidentiality needs to take a back seat when decisive action on climate and reshaping the way the industry has operated for the last decades or even centuries is needed. Starting with a publicly accessible database of who insures what and whom similar to databases allowing to track loans by banks or purchase of bonds needs to be developed and made public. All with the understanding of urgency so ideally by the end of 2020.

The coal sector is a good example of the action that needs to be undertaken yet is still being postponed or implemented only half-heartedly. There is no space for any new coal plant globally.  That is a very simple message and part of the industry has already adopted project specific insurance restrictions for new coal mines and plants. Some but not all. It is the first shallowest level of action needed immediately. Underwriting on new coal projects (including enabling infrastructure such as railways and export ports) needs to be ended by the whole insurance industry immediately. What is more insurance should become unavailable on the company level to all those companies still planning or actively pursuing new coal mines, plants or infrastructure. Here progress has been much slower and much more limited and loopholes of announced policies much bigger. Finally a complete coal phase out from the energy sector needs to take place by 2030 in EU and by 2040 globally.

What that means for the insurance industry is that they should phase out their coal insurance regionally and globally before those dates and demand that companies that they underwrite the risks of present a clear coal phase out plan with dates of the closure as opposed to the sale of their coal fleet and coal mines.

The reinsurance industry is directly exposed to the damage claims which result from the natural catastrophes (the so-called nat cats) and so is poised to lose the most as the climate conditions around the world destabilise further and weather becomes increasingly unpredictable. Given that all fossil fuels need to be phased out over mid to long term coal is just the beginning and a test of the reinsurance companies resolve. The UnFriend Coal coalition expects the reinsurance industry to immediately stop providing any form of facultative reinsurance for any type of coal infrastructure be it a mine expansion, a new plant or supporting infrastructure. For treaty reinsurance we expect the reinsurance companies not to prolong contracts with insurance companies that have not yet adopted an end to new coal sector insurance – i.e. Polish state-owned PZU – and then gradually each year decrease the coal percentage in the package acceptable starting from the maximum of 50% and lowering the threshold by 5% each year. That would send a clear signal to the insurance industry that they have to clean their portfolios of coal in a speedy way compatible with Paris Agreement.

SHARE:
Global Energy Sustainability is on the Rise, However Questions Remain

AXA XL in US Flood Deal
Scroll to top