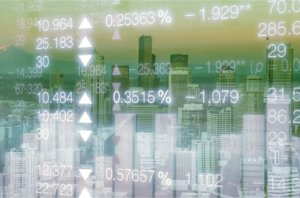 Despite a degree of success in pushing rates in loss affected classes, reinsurers are still struggling with a soft market according to ratings firm Fitch.

Speaking as delegates arrived at the Monte Carlo Reinsurance Rendezvous, Fitch’s Senior Director, Insurance Graham Coutts said: “In terms of rates, the January renewals were disappointing for many. July saw more movement as we saw the Florida renewals.”

He added: “We are seeing reinsurers taking a harder approach to risk.”

The move towards a hardening of rates has been helped by the primary market where there had been withdrawals in some classes and in cases such as Lloyd’s they had also seen a new approach to other non-profitable or poorly priced business.

However Mr Coutts added: “We cannot call this a hard market. Pricing is still well below the levels we saw in 2013 which would be the last time we could say we had seen a significant level of pricing.”

He added that the estimates in 2017 were that pricing was 30% lower than   the levels seen four years previously for Florida windstorm and the current rates had certainly not increased by such a level.

“I think we would need to see a high single or double digit increase across the classes if we were consider the market was hardening,” he added.

Fitch said the outlook for the global reinsurance sector in 2020 was stable.

“This reflects our expectation that premium rates will continue to edge up but profitability will remain subdued, with risk-adjusted prices still low by historical standards and low investment yields persisting amid a weak global economic outlook,” It added. “The sector’s credit profile is supported by very strong capital adequacy, robust risk management and generally solid business profiles.”

The company added insurance price rises have gathered momentum in 2019 following two consecutive years of significant catastrophe losses, and terms and conditions are starting to tighten. The improved pricing is being driven mainly by price rises in the primary insurance markets after several large global insurers repositioned their portfolios and Lloyd’s of London carried out a market-wide review of profitability at its syndicates.Click here to add your own text