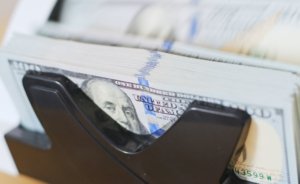 Research Finds Billionaires Are Getting Younger

As billionaires become a key battleground in the UK general election new research has looked at how the world’s 100 richest people started their careers.

The research suggests that engineering graduates are most likely to become billionaires, and if you want to become one of the world’s richest you should start your career as a software developer or in a stock trader role.

Rob Scott, Managing Director at Aaron Wallis Sales Recruitment said: “In 2019 we are seeing a shift in old-money wealth from minerals and resources to a new generation of billionaires from software entrepreneurship. It’s unsurprising that highly educated and technically experienced entrepreneurs are making their way to the top, with a degree being a great basis for the start of your career.”

Billionaires are also getting younger. In 2017, Mark Zuckerberg was the only individual in the wealthiest 100 under the age of 40. In 2019, there are now five top 100 billionaires below 40, with a trend of software entrepreneurs joining the list.

The wealth of China is becoming more prominent in the billionaire list. Over the last 2 years, China has moved from having the 4th most individuals in the wealthiest 100, up to 2nd, only behind the United States.