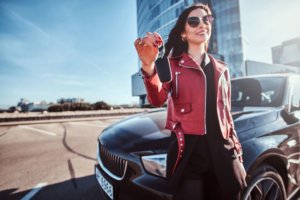 To celebrate International Women’s Day, telematics insurance pioneer, drive like a girl, has released new data that shows women are far better than their male counterparts behind the wheel.

drive like a girl’s data shows age plays a significant role in the likelihood of speeding. The younger the age group, the higher the difference in speeding occurrences. And staggeringly, 17-year-old men speed 130% more than women of the same age. It is not until motorists hit their thirties that men begin to take their foot off the accelerator, with the difference compared to women drivers dropping to 32%.

Kelly Wilkins, Head of Customer Service, drive like a girl commented: “Speed is the single biggest contributor to driving risk – and the one thing that every driver has control over. Yet it seems to be the biggest differentiator between young women and men driving safely.”

Another measure of safe driving is the Reward Points given to drive like a girl policyholders for good driving. drive like a girl looks at acceleration, braking, total miles covered and stopping for rests on long journeys as measures for awarding Reward Points. These points can be used to purchase extra miles on the policy or exchanged for retail vouchers.

Across the UK, women collect 14% more Reward Points on average than men. However, Scotland and Wales see the smallest difference, with women earning 6% and 9% more than men respectively.

The one road type where male drivers have the upper hand is motorways. According to the drive like a girl data, men earn 8% more Reward Points than women for motorway driving.