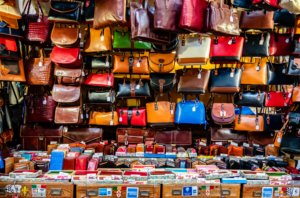 The flood of counterfeit goods into the UK is impacting its economy to the tune of billions of dollars.

The global trade in fake goods, from cosmetics to car parts, is costing the UK economy billions of dollars a year in forgone company sales, overpriced products and tax revenues, and was behind more than 86,000 lost jobs in 2016, according to a new OECD report.

Trade in Counterfeit Products and the UK economy estimates the value of counterfeit and pirated British goods sold worldwide at £16.2 billion in 2016, up from £13.4 billion in 2013 and equivalent to 3.3% of UK manufacturing sales. UK goods particularly targeted by counterfeiters include perfumes, cosmetics, clothing, footwear, leather goods, telecoms equipment, electronic goods, cars and motorbikes.

“These findings clearly show the need for ‎continued vigilance and for the strengthening of measures to counter illicit trade in the UK and abroad. Good governance is an essential element of this equation. Countries need to work together if they want to win the fight against illicit trade and against all other illicit activities linked to it,” said OECD Public Governance Director Marcos Bonturi.

In terms of UK imports, the report estimates that fake goods imported to the UK were worth £13.6 billion in 2016, equivalent to 3% of genuine imports, and up from £9.3 billion in 2013. The most common imported fakes include mobile phones and accessories, clothes, footwear, handbags, and games. This fake trade led to estimated forgone sales by UK businesses of £9.2 billion, or 2.7% of total sales in the wholesale and retail sector.

Earlier OECD analysis of customs seizures from around the world has shown that global trade in counterfeit goods was worth over half a trillion dollars in 2016, or 3.3% of global imports. As well as economic losses, counterfeit trade exposes consumers to health and safety risks of substandard products, from pharmaceuticals to electronic goods. The UK is one of the top destinations for counterfeit goods just behind the United States, Saudi Arabia and Germany.

More than half of the counterfeit and pirated goods imported to the UK were bought by people who knew they were buying fakes. Most fake imports to the UK come from China, Hong Kong, Turkey, India, Pakistan and Bangladesh.

The combination of trade in fake British products and UK imports of counterfeit goods also hurt public finances as it resulted in forgone tax revenues from the retail and wholesale sector plus UK rights holders of £4 billion.

The OECD said it is working with governments to address gaps in regulation and poor law enforcement that enable counterfeit trade, largely run by organised crime gangs, to flourish.