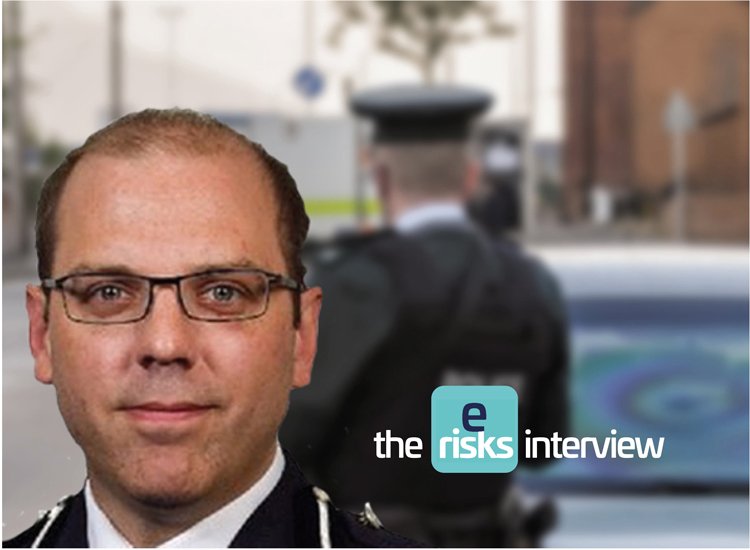 Counter Terrorism Policing’s Senior National Coordinator for Protect and Prepare has urged risk managers to ensure their buildings, staff, and customers are protected against the rising threat of terrorism as lockdown eases.

In the first of a two part interview with Emerging Risks, Deputy Assistant Commissioner Matt Twist warned that while COVID may have taken the public’s attention from the threat of terrorism the threat has not gone away and is likely to increase and people begin to return to work and hospitality.

“In the last year, as the country’s collective consciousness has understandably been focused upon the Covid-19 pandemic, the officers and staff of Counter Terrorism Policing (CTP) have continued the 24/7 work of protecting the UK from another serious threat,” he said.

He added that the UK has continued to face a terror threat that hasn’t dipped below SUBSTANTIAL during the last year, meaning an attack is likely.

However, the UK did see knock-on effects of the pandemic across Counter Terrorism Policing, such as the sharp drop in Prevent referrals recorded during the first national lockdown.

“We have seen CT arrests fall to their lowest level for nearly a decade – with 185 arrests for terrorism-related activity in 2020, 34% fewer than in the previous 12-month period and the lowest annual total since 2011,” DCAC Twist added.

“Whilst the arrest numbers have slowly been falling in the last few years following the record high seen during the 2017/18 financial year, the pandemic can also be said to have affected the arrest figures in 2020. This is because CTP frequently use non-terrorism legislation to make arrests and disrupt terrorist activity, and the overall reduction in crime which occurred during the lockdown period has presented fewer opportunities for officers to do that.”

“This data tells me two things, firstly that despite facing the unprecedented challenges brought about by the pandemic, CTP continued to keep the public safe by making 185 arrests across more than 800 live investigations,” he added. “We worked successfully with our partners in the security services to stop four late-stage plots inspired by both Islamist and RWT ideology, which were designed to kill and injure innocent people.

“Secondly, that while the rest of us have been focused on protecting ourselves and our families from Covid-19, terrorists have not stopped planning attacks or radicalising vulnerable people online – and now that we are easing out of lockdown towards normality we once again need the public’s help in tackling terrorism in all its forms – be that extremist grooming, dissemination of terrorist material or even attack planning.”

DAC Twist added Covid-19 is creating an environment in the UK in which extremists will find it easier to identify, target and potentially radicalise vulnerable people.

“It has done so by exacerbating the challenging circumstances and grievances within society that terrorists latch onto to promote their brand of hatred and extremism – such as economic inequality or pre-existing divisions within communities. It has stoked distrust in authority and inspired a new wave of conspiracy theories which have more easily reached the mainstream – such as against 5G technology.

“And most importantly is has made us all more isolated, making it more difficult for young and vulnerable people to access to the support services such as mental health provision and social care which they rely on to protect them from extremist influence.”

Recent CTP analysis also suggests that conspiracy theories are particularly engaging for a younger audience, and that extremists on both sides, but particularly in the right wing terrorism space, are using memes and conspiracy theories as a way of hooking in young and vulnerable people on social media platforms before luring them to closed chatrooms and other encrypted channels where they expose them to more extreme narratives and illegal material.

DAC Twist added: “Here at Counter Terrorism Policing (CTP) we know that businesses have been focussed on rising to the challenges of the pandemic, and that you are keen to welcome customers and staff back to your premises as lockdown restrictions start to ease.

“But we also have the vitally important job of reminding everyone that while Covid-19 is still dominating our lives, we must do all we can to prevent another threat from reappearing – terrorism, sadly, has not gone away.

“I would describe the threat as temporarily suppressed during lockdown, because it was difficult to go out in public and actually do anything.

“So I am concerned that as we prepare ourselves for the return of normality, and the crowded places which have traditionally been the target for terrorists start to fill with people again, there is always the potential for that risk to come back.”

He added: “The best defence against the terrorist threat is a collective community effort – where police, security staff, businesses and the public come together to minimise the chance of attack, and Counter Terrorism Policing have a range of training materials and advice to help businesses improve and update their security plans.”

“We have seen CT arrests fall to their lowest level for nearly a decade – with 185 arrests for terrorism-related activity in 2020, 34% fewer than in the previous 12-month period and the lowest annual total since 2011.”

0
SHARE:
Lloyd’s made to sulphur in latest climate protest