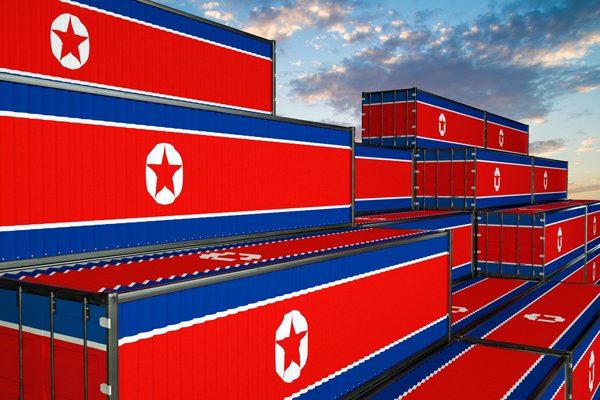 Protection & Indemnity (P&I) clubs have warned the world’s shipowners to tighten up on any potential breaches of sanctions against the Democratic People’s Republic of Korea (DPRK.

The warning comes following the recent publication of the 2019/2020 UN Panel of Experts of North Korea Sanctions Report, that has reaffirmed the stringent sanctions in place.

Members of the International Group of P&I have sent their owners new warnings as the UN panel highlighted the continued export of sand and coal by the DPRK in the face of the sanctions. It added that those exports were being carried out with the assistance of international firms and by sea.

The clubs said: “Maritime activities have been identified as facilitating this revenue stream for DPRK.

“The message from the UN and national enforcement agencies is clear. Shipowners are strongly advised to take note that sanctions monitoring, and surveillance continues at a pace and through the co-operation of UN Member States more evidence is being collated and reported where there has been such a breach.”

The UN report notes a continuing use of non-DPRK flagged vessels that are used to perform illicit ship-to ship (STS) cargo transfers at sea. The report further notes that DPRK has changed its trading methods to evade detection using STS transfers between non-DPRK flagged vessels in international waters and subsequent delivery of unlawful cargo direct to Nampo. Such vessels have conducted operations several times over before they are detected.

“These operations have amounted to the DPRK receiving almost three times the UN specified total cap of 500,000 barrels of refined petroleum,” said the Clubs’ warning. “With the assistance of a UN Member State, 14 vessels were designated, though none are entered with an International Group Club. To conceal the true identification of the ownership and financial interests behind the vessels carrying out these activities, it was reported that most of the vessels’ registered owners were dissolved or struck off company registers or were operating under false or fraudulent flags.

“The Panel noted the need for regulators, enforcement agencies and the maritime industry to remain vigilant and maintain proper and effective due diligence. Tanker operators in particular should make every effort to identify and confirm the true intended destination of cargoes carried on board.   STS transfers frequently take place at night with the automatic identification systems (AIS) being disabled and subsequent transfers of cargo are made to smaller vessels without IMO numbers.

“The report notes that the DPRK is continuously innovating and adapting to avoid detection of its activities and a further trend reported by the Panel was the exploitation of the scrap vessel market where onward sale of vessels of larger bulk carriers (destined for scrap) were being used to transfer coal, as opposed to the previous use of smaller vessels. “

The Clubs’ statement warned that member owners had to ensure the validity of the contracts they were entering into.

“All clubs in the International Group issued a Circular at the time drawing attention to its publication emphasising the importance for any shipowner, charterer or trader to adopt measures that mitigate the risk of breaking sanctions.

“In the light of the most recent UN report, the Club once again advises all members to continue to apply the highest level of due diligence to mitigate the risk of performing activities with a DPRK nexus. The penalties for doing so could result in designation, asset freezing and listing by the UN, OFAC and other enforcement agencies.”

Owners have been told that if they are found to be in breach of the sanctions their P&I cover will not be valid.

“Any activity assessed to be in breach of sanctions will result in the withdrawal of insurance cover,” said the clubs. “Even if it were possible to undertake legitimate trade with DPRK and/or DPRK interests, members should consider that an International Group Club is unlikely to be able to support vessels trading to DPRK, with payment of claims and fees and the provision of security liable to be delayed and perhaps completely prohibited.

“All Members are therefore strongly urged to mitigate the risks of undertaking any business with DPRK or which may have a DPRK nexus, including but not limited to STS operations, and exercise the fullest possible due diligence to ensure that they do not knowingly or inadvertently perform prohibited activities with DPRK entities.”