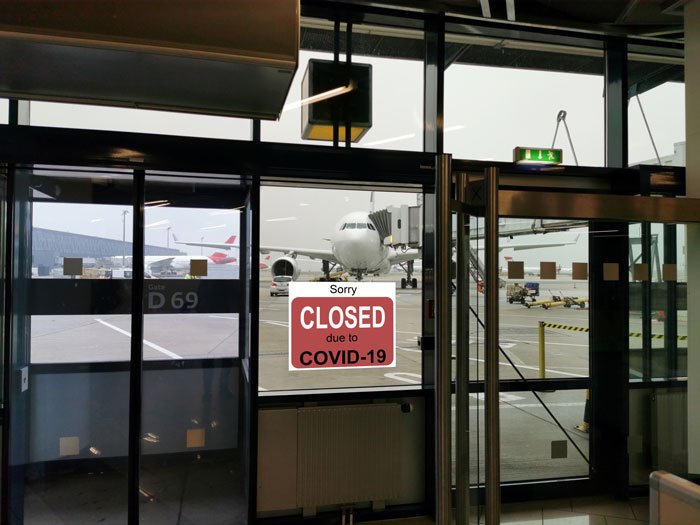 Shutdowns continue as Omicron spreads at a rapid rate

Bank of Canada Governor Tiff Macklem has acknowledged the possibility of additional supply chain disruptions, off the back of the severely infectious Omicron variant which is now causing widespread disruptions and shutdowns in major economies around the globe (see below).

His comments, reported in the Financial Post, come in the same week that Ontario announced the province would accelerate the timeline for people over the age of 18 to receive vaccine booster shots, moving the start date to 20 December from January.

On Friday, Canadian Premier Doug Ford announced reduced capacity limits of 50 per cent for most indoor venues, including restaurants, theatres and gyms. Indoor gatherings in the province are now limited to 10 from 25 and outdoor to 25 from 100.

British Columbia on Friday also reduced indoor gathering limits, enacting further measures to curtail the virus. Quebec has reduced capacity limits as well and is urging any workplaces that can facilitate work-from-home operations to do so.

Prince Edward Island is reinforcing isolation for travellers coming into the province until they receive a negative test result.

Meanwhile in China, an outbreak of COVID occurred this week in the manufacturing hub of Zhejiang, which is home to the world’s largest cargo port, Ningbo-Zhoushan.

Tens of thousands are in quarantine under China’s strict zero-COVID policy and some local authorities have urged workers not to travel home “unnecessarily” for the lunar new year festival in February.

In the Netherlands, all non-essential stores, bars and restaurants will be closed until 14 January starting Sunday, caretaker prime minister Mark Rutte said at a hastily arranged press conference Saturday night. Schools and universities will shut until 9 January, he said.

Under new rules taking effect on Saturday 18 December in France, meant to protect from importing the Omicron variant, holiday travel from Britain is not allowed and only French nationals and their partners, as well as foreigners with a permanent residence in France, can enter the country from the UK.

Germany is also tightening restrictions on travel from the UK in an attempt to curb the spread of the Omicron variant. From midnight on Sunday 19 December a ban came into effect on carriage from the UK to Germany, except for German nationals, residents and transit passengers.

In the UK, The British government’s health minister, Sajid Javid, has indicated that further COVID restrictions could be imposed in England before Christmas, after the government’s Sage committee warned that hospitalisations could peak at between 3,000 and 10,000 a day unless action is taken.

Javid acknowledged that data about the Omicron variant remained incomplete – but suggested it might be necessary to make decisions before a full picture is available.

Asked to rule out new measures pre-Christmas, he said: “We are assessing the situation; it’s very fast-moving,” adding, “There’s a lot of uncertainty, there are gaps in the data, but we must work with the data we’ve got, we mustn’t let perfection be the enemy of the good.”