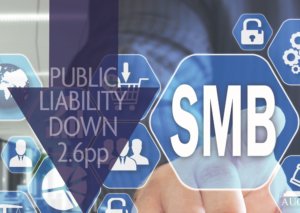 New Research has found fewer small and medium-sized enterprises (SMEs) purchased insurance in 2019, but those that did bought more of it.

The study by data and analytics company, GlobalData, sought to look at drivers behind an increase in gross written premiums (GWP) form SMEs.

The company’s 2019 UK SME Insurance Survey found that the overall penetration rate of businesses that purchase insurance policies saw a slight decline of 1.3 percentage points (pp) from 70.8% to 69.5% in 2019. However, the drop-off was more significant among larger SME businesses, which generally have more expensive policies. Penetration within the 100-249 employee category declined by 6.3pp to 87.9% in 2019.

Ben Carey-Evans, Insurance Analyst at GlobalData, explained: “Insurers managed to offset this decline by increasing the penetration of individual products in ten of 11 lines included in the survey – though commercial motor is a combination of four types of cover.

“Public liability was the only product to see a fall in penetration in 2019, as it dropped by 2.6pp. This was countered by the growths in every other line. Notable examples are cyber and directors’ and officers’ insurance, which saw increases of 7.4pp and 6.5pp, respectively, as well as personal accident and business travel with a rise of 4.4pp.”

Mr Carey-Evans added: “Insurers are succeeding in upselling and cross-selling products and business packages to customers but have struggled to attract new customers in 2019. It is not surprising that some businesses appear to have cut costs during the year amid a stalling economy and increased pressures in the form of rising business rates and minimum wages. Brexit was the leading concern for SMEs in our 2019 survey with 45.3% of respondents stating they were fairly or very concerned – illustrating that they are struggling with the current uncertainty.

“Overall, insurers will be happy with the state of the SME market in 2019, as they have seen a rise in GWP despite a stuttering economy. The declining overall penetration will be a concern but as this has only occurred over one year, it does not yet indicate the start of a negative trend. Furthermore, strong increases in penetration across some of the less popular lines will encourage SMEs to sell more comprehensive packages going forward.”