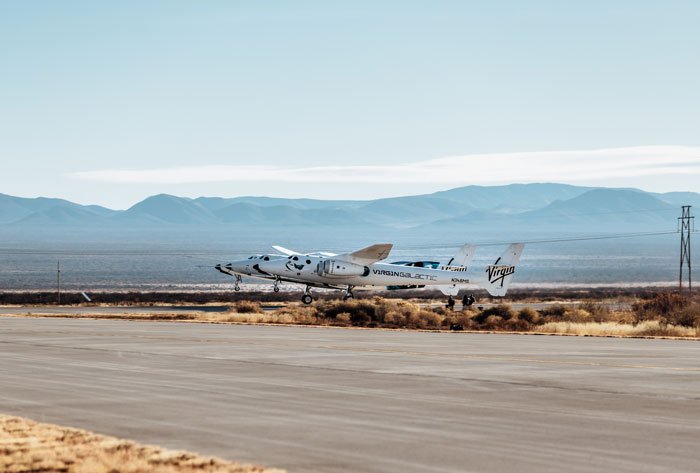 Virgin Galactic’s efforts to create space tourism suffered a blow this weekend when its latest test flight ran into problems.

After delays due to COVID Virgin launched its latest test flight of SpaceShipTwo Unity to undertake a series of tests.

However, the vehicle was unable to reach space after detaching from its mothership when an issue was identified triggering a safety protocol which caused the rockets not to be ignited. The vehicle landed safely and both pilots were unharmed.

The flight had been designed to fulfil a number of objectives, including testing elements of the customer cabin as well as assessing the upgraded horizontal stabilizers and flight controls during boost. The flight also carried payloads as part of the NASA Flight Opportunities Program.

Before the flight Michael Colglazier, CEO, Virgin Galactic said: “With safety as our core priority, we remain committed to completing our first powered flight in New Mexico. In accordance with local government guidelines and safety protocols, we have minimized the number of people onsite to the greatest degree possible. While on this occasion no media or guests will be allowed onsite, our team will endeavour to capture and share the beautiful images with the world after the flight has been completed. We look forward to completing this important milestone in our test flight program in the coming weeks.”

Mothership, VMS Eve lifted off from the runway as planned with SpaceShipTwo Unity fixed to its wing as it climbed beyond an altitude of 40,000 ft (12,000m) and prepared to release the spaceplane.

However, moments after Unity detached from its mothership, the “ignition sequence for the rocket motor did not complete,” according to a tweet from Virgin Galactic. The company said the computer onboard SpaceShipTwo Unity that monitors the rocket motor lost connection, triggering a fail-safe scenario that aborted the ignition of the rocket motor.