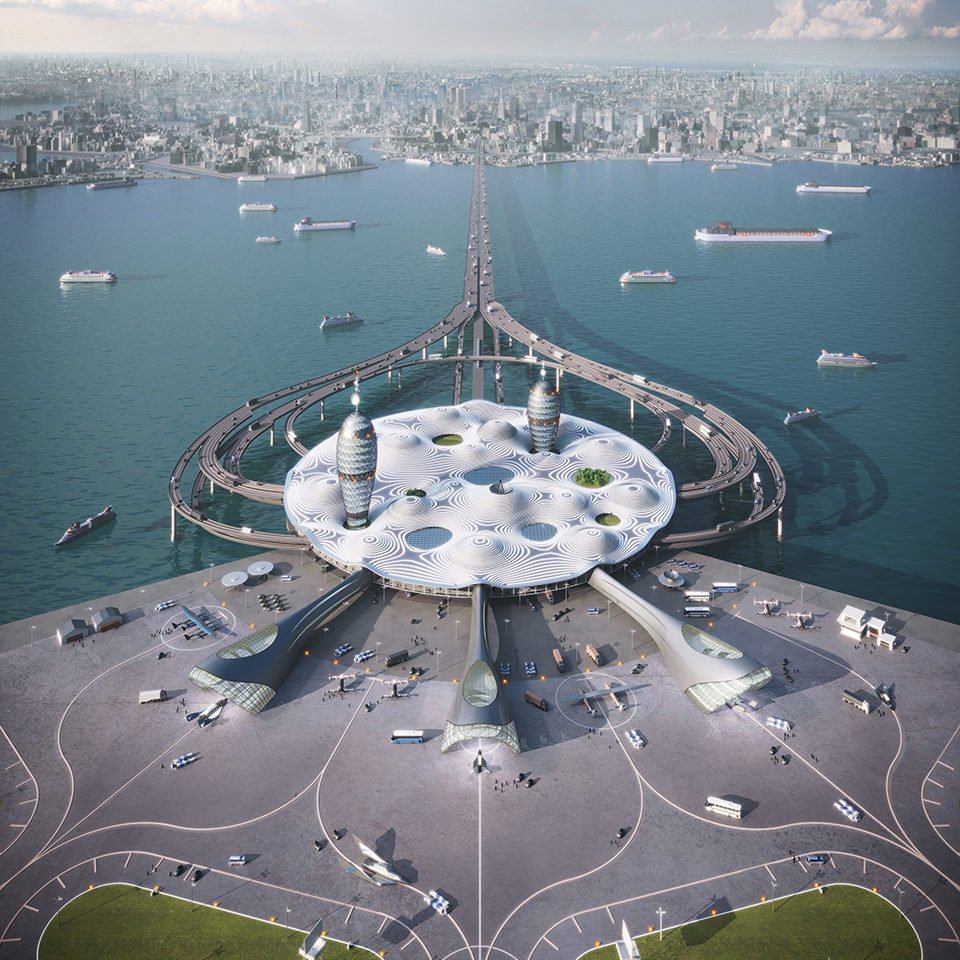 Space station hoping to move from drawing board to launch pad

The future of space tourism is set to come a step closer with an ambitious plan to create a spaceport in Japan which could be used as a transport hub.

The Spaceport City Initiative is a new type of multi-commercial airport that integrates commercial space travel and related industries expected in the near future by Space Port Japan, Dentsu, canaria, and noiz.

The group said that in addition to connecting conventional means of transportation with the operation of horizontal take off and landing commercial spacecraft, it is planned as a facility that aggregates all related activities such as various learning and discovery, research and business bases related to space, and various events related to space are expected to be held, from space fashion shows to international conferences.

The architects said the huge, complex building “forms itself a small ecosystem, with total control of autonomous mobility, autonomous loop trains, electric scooters and delivery robots, and all objects and items in the facility, including visitors and employees, are detected everywhere in the Spaceport City Vision”.

The entire facility is designed to allow a variety of security requirements to be adjusted by splitting into multiple zones and operating controls by systems, and is designed to provide a broader barrier-free experience based on the assumption of barrier-free access to visual and different disabilities, as well as active support for a variety of languages and cultures.

“Travellers’ families and friends to space can stay in the glass lounge on the upper floors of each bridge to watch the space shuttle in service or take off and land from the runway, and each bridge has one hospitality feature,” added noiz. “The unique organic design of the bridge is also an expression of the movement that flies into space, combined with the main facility as a huge disk that envelops the waved landscape, forming a magnificent fifth facade that can be recognized far from space.”

It is expected that customers will be offered a number of potential ways to experience space. The architects said that most will likely choose the option of a 2-hour spaceplane experience to the edge of space. The costs of such a trip have yet to be determined but if current “space flight” plans are anything to go by it may well be in the region of $250,000, although it is believed that prices will fall considerably once the ability to achieve passenger volumes is created.