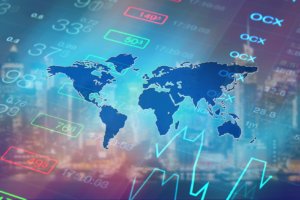 Rating firm AM Best has maintained its stable outlook of stable on the global reinsurance industry for 2020, but warn pricing levels still remain inadequate.

The report, “Market Segment Outlook: Global Reinsurance,” stated that although rates in the non-life reinsurance market have improved modestly, pricing has not kept adequate pace with the changing risk dynamics, as illustrated by loss development from events such as hurricanes Irma and Maria and Typhoon Jebi, and potential losses from more-recent events (e.g., Hurricane Dorian).

It added property catastrophe pricing was “still is being driven by the availability of third-party capital; however, the increasing interdependence between traditional capacity and third-party capital through joint ventures, retrocession and direct ownership should serve to more closely align return objectives for the market overall”.

Third-party capital also represents a benefit in the form of stabilised earnings of rated balance sheets, due to tail risk being assumed by this capital.

Overall market conditions are improving, AM Best said it remained concerned about insufficient rate adequacy relating to certain U.S. casualty lines, a steady decline in the benefit of favourable reserve releases and the pervasive low interest rate environment. The collective effect of these factors requires underwriting discipline, and failure to react to these pressures could adversely affect the segment.

It added alternative third-party capital will hold the line on future return expectations following the recent heavy catastrophe loss years, but there would be a decline in capital consumption and earnings volatility, due in part to the increased utilization of third-party capital in retrocessionaire programs.