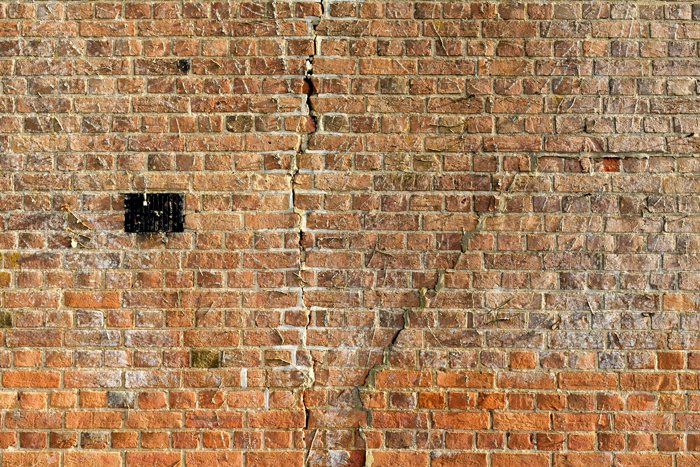 Millions of homes are at risk of subsidence in the next fifty years as a result of climate change, the British Geological Survey (BGS) has warned.

New analysis finds that the number of buildings across Britain highly or extremely likely to suffer “shrink-swell” is set to double from 3% in 1990 to 6.5% by 2030.

By 2070, more than four million properties, equivalent to some 10% of the national total,  risk being highly or extremely likely to face subsidence.

Shrinking and swelling (shrink-swell) of the ground, often reported as subsidence, is already one of the most damaging geohazards in Britain today, costing the economy an estimated £3 billion over the past decade, according to the BGS.

Shrink-swell refers to changes in soil volume due to moisture changes in the ground. When clay-rich soils absorb lots of water, swelling pressures can cause the ground to rise and structures to lift, known as heave.

In warmer, drier weather, soils can become very hard when dry. As a result, the ground shrinks and cracks, leading to subsidence.

“Most susceptible are properties in the highly-populated London areas, particularly in northern and central London boroughs, and Kent in the South East,” said Patrick Gray, BGS head of Digital Products.

“Of particular interest are areas with clay-rich soils that shrink and swell with changes in moisture. For example in the South East, many of the clay formations are too young to have been changed into stronger mud rocks, leaving them vulnerable to absorb and lose moisture.”

Added to that, Gray said, Britain is seeing increasingly variable climates. In summer 2018 for example, we experienced some of the warmest and driest summer months in years, whereas 2019 was one of the wettest on record:

“Dry weather and high temperatures are a major factor in the emergence of shrink-swell subsidence and looking to the future, these increases in annual temperatures and variability in rainfall are very likely to continue.”

“This is going to be a major factor in the emergence of future shrink-swell activity, which needs careful monitoring, mitigation and potentially costly remediation activity.”

BGS has made further advice publicly available online, together with GeoClimate UKCP18 open data. A second open dataset is also available based on a medium emissions scenario (UKCP09).

Shrinking and swelling (shrink-swell) of the ground, often reported as subsidence, is already one of the most damaging geohazards in Britain today, costing the economy an estimated £3 billion over the past decade, according to the BGS.