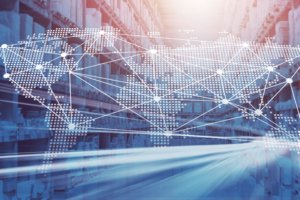 A hard hitting report has concluded the world’s supply chains are getting close to breaking point due to the complexity of their structures and the risks they face.

A potent combination of geopolitical tensions, climate volatility and technological dependencies is putting global supply chains under more strain than ever before, according to a report published by UK risk management association Airmic, in collaboration with AIR Worldwide, Gallagher, HDI, Lloyd’s and Sedgwick.

The report entitled Complex Supply Chains in a Complex World, launched at Airmic’s ERM Forum in London today, warns that a desire for low cost networks has led some businesses to turn a blind eye to, or miss, the concentration of risk that may be building up in their supply chain which could result in a catastrophic event that can bring operations grinding to a halt and inflict significant reputational damage.

Furthermore, with supply chains becoming increasingly complex and opaque, many companies are struggling to fully map their exposure, with over half of businesses failing to have visibility beyond their direct (tier 1) suppliers.

According to the report, recent trends putting greater pressure on supply chains include:

“Most businesses have a good understanding of their suppliers, but how many track their suppliers’ suppliers? The web of relationships in a typical modern supply chain is incredibly complex to unpick,” comments Richard Cutcher, research and development manager at Airmic. “This report is designed to support businesses inject resilience into their entire supply chain.”

Industry Home to Quartet of Skyscraper Elite
Scroll to top