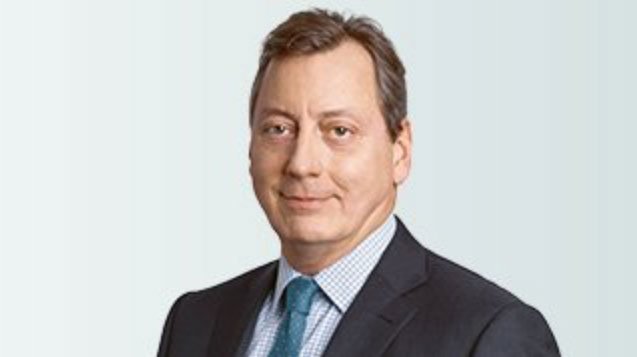 Swiss Re: “no obvious end in sight” to social inflation risk

Swiss Re cannot see any foreseeable end to the social inflationary pressures which have blighted the fortunes of much of the casualty (re)insurance market in recent years, according to its CFO John Dacey.

Social inflation is the impact that societal factors can have on insurance claims and is widely considered to be a primary cause for loss costs in the commercial liability market.

Dacey (above) was speaking as part of an analyst call in the wake of the publication of its recent publication of its annual results, where the carrier posted a net loss of $878 million compared to a profit of $727 million for year-end 2019.

The reinsurer highlighted, however, that excluding COVID-19 claims and reserves (pre-tax) of $3.9 billion, the group’s net income rose to $2.2 billion with a return on equity of 7.3%.

“Our view is that social inflation continues to be a material force in what will be a higher cost of claims settlements in the United States,” said Dacey in a transcript made available by Seeking Alpha.

“There may have been some respite during the calendar year 2020, but we don’t believe that this is in any way a material dent in the long-term trend. We have not assumed an acceleration of that trend because of COVID but simply a continuation with no obvious end in sight. So we expect this to be increasing the cost of settlements year-on-year for the future.”

He added that Swiss Re has reserved according to that expectation, having heard anecdotally that in 2020 claims adjusters have been able to settle claims with cash pay-outs, especially for more modest size awards.

“My expectation is where there were large legal battles brewing, especially, but not only, those funded by consortiums and they have continued in the same way,” he added.

“And there may have been some slowdown of payments or settlements or decisions because of the logistics of courts operating during the pandemic. But again, we don’t see this is going to get better and our reserves reflect that.”

Also on the call was Swiss Re’s chief actuary Philip Long, who added that the company  remains cautious about social inflation:

“You can see that we have increased the APLR loss ratios…  that has a big impact on determining what our underwriting year 2018 and 2019 results would be. At the same time, of course, 2020 has been a strange year and so we have been very cautious in view of that.”

“Anecdotally, of course, as John said, and due to I think the smaller cases, they have settled quicker,” he added, suggesting that on the larger cases people are also waiting out, “so we have just continued to remain cautious on that front overall”.

Dacey also noted that with respect to its casualty portfolio, Swiss RE had actually shrunk materially on the January 1 renewals by some 17%, in spite of material price increases on casualty, with the reduction especially strong with respect to large corporate risks, where the portfolio has shrunk by over 50%.

Social inflation has led to significant price increases in the industry. Price increases have been accelerating since 2018, reaching 6% in global casualty claims and 40% in global financial and professional liability in 3Q20, according to Marsh, while Fitch expects further price increases for 2021.

According to the ratings agency, the sector’s reputation and prospects will also probably be negatively affected by the expected large premium adjustments in full health insurance coverage – expected to be 8% on average for 2021 – needed to offset the impact of ultra-low interest rates.