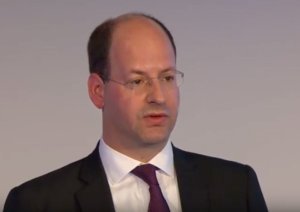 The impact over the ongoing process of the UK departure from the European Union has lessened for the insurance sector according to the Chief Economist of Swiss Re.

Jerome Jean Haegeli, (pic) said the issue of Brexit did not feature heavily this year.

“Is it a systemic threat,” he asked. “I would say it is less of an issue than if I was speaking about it last year.”

The reasons was that the re/insurance sector has already made it preparations for the split when or if it comes.

“It has been so drawn out as a process that many insurers have already taken actions,” said Haegeli. “We have taken steps to be well prepared for even the worst case scenario. The UK is an important market for us and we wanted to be prepared.”

The report examines the prospects for the global economy in the next year.

The key theme was the threat of “Japanification” spreading across the world.

“Due to the environment of worsening trade and geopolitical developments over the last year, The Swiss Re Institute (SRI) has lowered its growth forecasts for advanced markets,” said the report. “SRI forecasts that gross domestic product (GDP) growth in the US will slow to 1.6% in 2020 from 2.3% this year, as the effects of fiscal stimulus fade and trade tensions with China continue. This is below the consensus forecast for 2020 of 1.8%. The risk of recession in the US remains elevated at 35%, but this is not SRI’s base-case scenario.”

According to sigma analysis, the US economy is the most resilient compared to the other G4 nations, and growth there is expected to strengthen slightly to 1.8% in 2021.

“On aggregate, emerging market growth should improve modestly over the next two years,” added the report. “While Asia will remain the motor of global growth, particularly emerging Asia, there is positive momentum in other regions as well.

“The outlook for some large Latin American countries, notably Brazil, has improved compared to last year, and growth in Africa is also strengthening moderately. The ongoing trade dispute with the US will weigh on growth in China, but with ramped up fiscal and monetary easing, SRI forecasts a 6.1% gain in GDP there next year.”

Low and negative interest rates are here to stay it warns adding decisive monetary policy action was crucial, needed and successful in response to the global financial crisis.

However, “in the long term, negative interest rates are negative, leading to higher household savings, misallocation of capital, higher debt levels and leverage and lower bank and also insurer profitability,”   Haegeli said. “In the short-term, the low growth environment does not necessarily mean financial markets will perform badly, not while central banks remain in accommodative mode. Long-term loose monetary policy, however, raises the spectre of financial instability.”