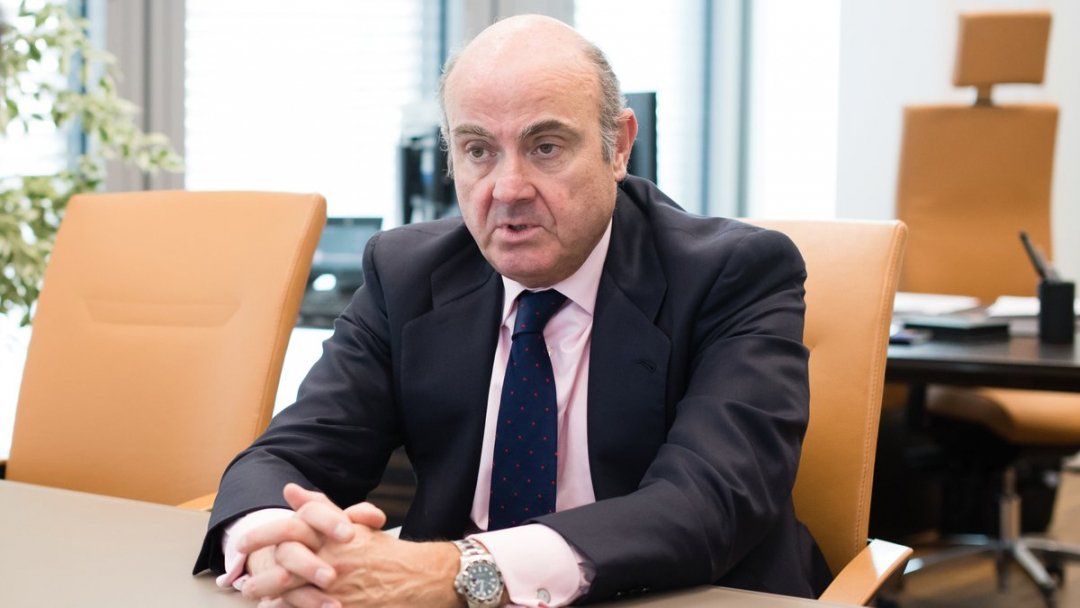 The Vice-President of the European Central Bank (ECB) has described climate change as “one of the greatest challenges facing humankind this century”.

As the organisation issues its latest report into climate and sustainability risks, Luis de Guindos, (above) warned if left unchecked, it is likely to result in more frequent and more severe climate events, causing widespread devastation and economic disruption.

He added substantial changes in production, consumption and living habits are required if the world is to avert catastrophic climate change. However, the changes required may themselves disrupt the economy and the financial system.

“While the primary responsibility for combating climate change lies with governments, central banks can play an important contributory role,” he said. “They can help ensure that the financial system is resilient to the transition to a low-carbon economy, by providing more and better information to market participants on the risks from climate change. Stress tests can be an important tool here, as they can cast a light on climate risks that currently still lurk in the darkness.”

Mr de Guindos added: “Climate risks differ from the more familiar risks that arise during the standard business cycle. To measure the impact of these risks, the specific transmission channels in the economy and the financial system – which traditional financial models may not fully capture – must be carefully identified and measured.

“Climate change occurs slowly over a long period of time with potentially irreversible consequences. Modelling frameworks therefore need to incorporate plausible representations of both the economy and the climate in a way that clarifies how they interact, as well as how policies to prevent or mitigate climate change affect them both over the long run.”

However, he warned progress on these fronts has been hampered to date by a lack of data.

“Only a minority of companies worldwide report their carbon footprints, and there is still room for improvement in terms of disclosure by financial institutions,” he explained. “Information on potential future exposure to extreme climate events is even scarcer. That is why climate stress test exercises up until now have focused solely on the near-term impact of climate policies.”

The ECB’s economy-wide climate stress test will look to extend the analysis to include the impact of extreme climate events over a much longer time period (30 years).

“Preliminary results show that in the absence of further climate policies, the costs to companies arising from extreme weather events rise substantially, and greatly increase their probability of default,” added Mr de Guindos. “The resulting ‘hot house world’ will be particularly challenging for certain regions projected to become markedly more vulnerable to events such as heatwaves and wildfires in the future. Climate change thus represents a major source of systemic risk, particularly for banks with portfolios concentrated in certain economic sectors and, even more importantly, in specific geographical areas.”

“Our results also show that there are clear benefits in acting early. The short-term costs of the transition pale in comparison to the costs of unfettered climate change in the medium to long term,” he added.

The ECB’s economy-wide climate stress test will look to extend the analysis to include the impact of extreme climate events over a much longer time period (30 years).

Porsche to power sustainability with battery revolution
Scroll to top