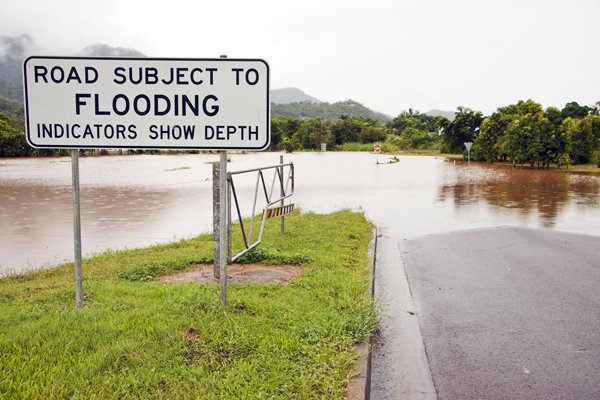 There can be no shortcuts in building flood resilience

Jonathan Crook, managing director of leading real time risk management software platform provider Balkerne, explains why the Government’s pledge to maintain the spending on UK’s flood defences in this week’s spending review is good news but the industry has a part to play.

The Chancellor’s pledge that the government will honour its commitment to a £5.2billion flood defence investment in the March budget has been welcomed by the insurance and risk industry.

It is a positive at a time when the impact of the COVID-19 pandemic continues to dominate the world’s thinking.

However, while there is light at the end of the tunnel in the fight against COVID with three vaccines likely to be approved by regulators in the coming weeks, climate change and its impact on weather patterns has not gone away.

The debate around the easing of restrictions for Christmas has seen many highlight that COVID is unaware of the festivities and as such the risk remains. It is an argument that is equally applicable to nature and the threat of flooding faced by increasing numbers of properties across the UK. It has not dissipated while the world fights the pandemic.

The Association of British Insurers has said this campaign for a long-term funding settlement of at least £1.2billion per annum in flood defence capital and maintenance spending will continue as the need for resilience has only increased.

This month the Department of Environment published its report into the impact of flooding on the most disadvantaged in society.

It concluded that there is an inequality in terms of social deprivation and flood risk exposure from all sources of flooding.

People and businesses from areas that are classed as more deprived disproportionately face more flood risk than those in less deprived areas.

The DoE said over the past decade approximately 60,000 homes in deprived communities have been better protected.

This suggests that recent investment has been relatively successful in addressing social deprivation and flood risk exposure inequality for the 20% most deprived areas in England. There are, however, still significant inequalities in rural and coastal areas in England.

Coastal and river flooding remain a significant issue but the threat has to be taken in tandem with that of surface water flooding caused by high levels of rainfall.

There is no shortage of data on the threats and the areas which find themselves most at risk. The ability to understand the risk level a property faces exists, but are insurers and brokers doing enough to explain those risks to their clients and policyholders?

Businesses and homeowners are not risk experts so need to be presented with clear and easily understandable data to enable them to play a role in furthering the resilience of their properties.

We need to move away from the sledgehammer approach that postcode risks assessment delivers. Very few if any properties are the same and therefore, we have to use technology and the huge amount of available data to enable properties to be assessed individually.

The industry also needs to be more proactive. It can better use data to provide adequate warnings when coastal waters and rivers threaten to burst their banks or when rainfall is predicted to be at a level when it poses a real threat of flooding.

A warning in good time will enable property owners to take action and reduce the impact of any flooding. The ability to take steps to make the property more resilient when the threat levels increase will reduce damage levels which in some cases will be the difference between the ability for the owners to remain operational once the water recede.

The UK government needs to be held to its pledge to support the efforts to create greater flood resilience, However, as an industry we need to look to ways in which we can better support our clients, mitigate the threats, reduce the damage they cause for the benefit of both the underwriter and the policyholder.

“The debate around the easing of restrictions for Christmas has seen many highlight that COVID is unaware of the festivities and as such the risk remains. It is an argument that is equally applicable to nature and the threat of flooding faced by increasing numbers of properties across the UK. It has not dissipated while the world fights the pandemic.”

0
SHARE:
Lloyd’s warns no let up in performance scrutiny