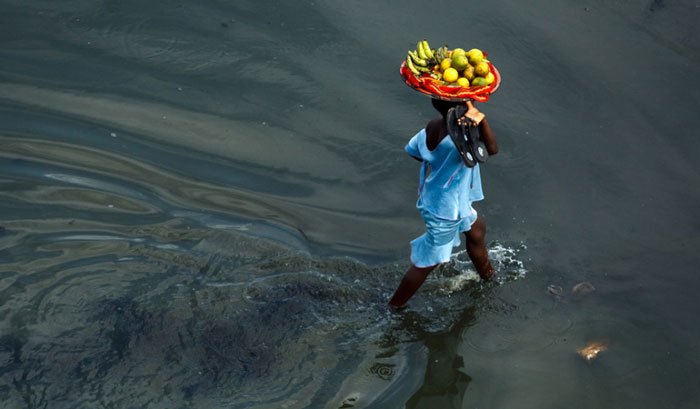 There is no future in carbon warns report

The world has been warned that carbon intensive growth has run its course and humankind has to work with  and not against nature.

The United Nations Development Programme (UNDP) has published the 30th anniversary edition of its Human Development Report and warned the coronavirus pandemic is only the latest crisis facing the world, and societies everywhere need to “release their grip on nature”, or risk more of the same.

The report, entitled The Next Frontier, includes a new experimental index on human progress that takes into account countries’ carbon dioxide emissions and material footprint. Anthropocene is an unofficial unit of geological time; it describes an era in which humans are a dominant force shaping the future of planet Earth.

“Humans wield more power over the planet than ever before. In the wake of COVID-19, record-breaking temperatures and spiralling inequality, it is time to use that power to redefine what we mean by progress, where our carbon and consumption footprints are no longer hidden”, said Achim Steiner, UNDP Administrator.

“As this report shows, no country in the world has yet achieved very high human development without putting immense strain on the planet. But we could be the first generation to right this wrong. That is the next frontier for human development.”

The report said by adjusting its annual Human Development Index – the measure of a nation’s health, education, and standards of living – to include two more elements: a country’s carbon dioxide emissions and its material footprint, the new index shows how the global development landscape would change if both the wellbeing of people and also the planet were central to defining humanity’s progress.

With the resulting Planetary-Pressures Adjusted HDI – or PHDI – a new global picture emerges, painting a less rosy but clearer assessment of human progress.

Progress in human development, UNDP cautioned, “will require working with and not against nature, while transforming social norms, values, and government and financial incentives.”

For instance, estimates suggest that by 2100 the poorest countries in the world could experience up to 100 more days of extreme weather due to climate change each year – a number that could be cut in half if the Paris Agreement on climate change is fully implemented.

Similarly, reforestation and taking better care of woodlands could alone account for roughly a quarter of the pre-2030 actions needed to stop global warming from reaching 2 degrees Celsius above preindustrial levels, the report notes.

The report also outlined the impact of inequalities between and within countries, lack of involvement of indigenous peoples in decision making, and discrimination, leaving affected communities exposed to high environment risks.

Easing planetary pressures in a way that enables all people to flourish in this new age requires dismantling the gross imbalances of power and opportunity that stand in the way of transformation, it adds.

Lead report author and head of UNDP’s Human Development Report Office, Pedro Conceição, highlighted that the choice is not “between people or trees”.

“It is about recognising, today, that human progress driven by unequal, carbon-intensive growth has run its course … by tackling inequality, capitalising on innovation and working with nature, human development could take a transformational step forward to support societies and the planet together,” he said.

0
SHARE:
Look out for e-scooters next year says Clyde & Co