The UK Government has been slammed for its “knee jerk” reaction on the banning of flights to and from South Africa and the imposition of new restrictions in travel.

The association which represents the South African tourism industry SATSA  said it was extremely disappointed by the British government’s temporary red list ban on six countries, including South Africa, Botswana, Zimbabwe, Lesotho, Eswatini and Namibia, which was swiftly followed by other nations across the world. They described the move as “exaggerated and punishes countries like South Africa with advanced genome sequencing capability for finding new variants”.

“It is far too early to tell what the impact of this new variant will be. By imposing a blanked red list ban on several Southern African countries as a ‘precautionary’ measure the UK sends a signal to the world that they don’t believe that their vaccination programme will effectively deal with the variant when we have seen that COVID-19 vaccines have performed their role to reduce the severity of hospitalisation and death from the virus,” said David Frost, CEO SATSA.

Infectious disease expert Professor Marc Mendelson said there is nothing to indicate at this stage that the protection COVID-19 vaccines offer will change in the face of the latest variant. “COVID-19 vaccines have proven themselves extremely robust against all SARS-CoV-2 variants to date.”

SATSA said “The knee-jerk reaction comes at a time when South Africa’s tourism and hospitality sector had been hoping for a very different December to that in 2020 when the Beta wave effectively shut it down, businesses closed and many livelihoods were lost.”

“The United Kingdom is our key source market and the announcement is devastating for the tourism industry, not only because of the impact to British travellers headed to South Africa during our peak season as their travel plans are summarily disrupted, but also because of the message it sends to the rest of the world. South Africa cannot consistently be punished for its advanced genomic sequencing abilities,” explained Frost.

ABTA the UK’s association for travel agents has described the move as “devastating” for the industry.

“While ABTA has always maintained that public health must take priority and we recognise why this decision has been made, this news will be devastating for many travel companies that specialise in travel to the Southern African countries affected,” said a spokesperson. “These businesses have had very little opportunity to generate income for almost two years and now face a further period of being unable to trade – just as the region’s peak season begins.

“The Government must consider stepping in to provide targeted support where precautionary measures such as these close UK travel businesses, as they have done previously for other sectors of the economy. It is also vital the decision is kept under careful review and that restrictions are lifted promptly if it becomes clear there is not a risk to the UK vaccination programme.”

On the announcement that all international arrivals will be required to take a day two PCR test and self-isolate until they receive a negative test ABTA said the move will compound the current crisis facing its members and the global travel sector.

An ABTA spokesperson said: “The decision to require all arrivals to take a PCR test and self-isolate until a negative result is returned is a huge blow for travel businesses, many of whom were only just starting to get back on their feet after 20 months of severe restrictions,” added the spokesperson. “These changes will add cost to people’s holidays which will undoubtedly impact consumer demand and hold back the industry’s recovery, so it’s vital that this decision is kept under careful review and restrictions are lifted promptly if it becomes clear there is not a risk to the UK vaccination programme.

“The Government must also now consider offering tailored support for travel businesses, which have been amongst the hardest hit during the pandemic.”

The travel restrictions came a day after ABTA issued its Travel in 2022 report which predicts holiday trends for the next year.

The report found people are 30% more likely to book with a travel professional now than before the pandemic, primarily for their guidance with Coronavirus travel requirements (47%) and the security of a package holiday (46%).

It added the trends are expected to go hand in hand with higher than average spend as ‘catch-up consumers’ seek to make up for the trips and experiences they’ve missed out on during the pandemic.

Almost half (49%) of people said that the limited opportunities to travel because of the pandemic have made their holidays more important to them than before, and almost half (46%) also expect to spend more money on their holidays next year, up from 29% who said the same in 2020. 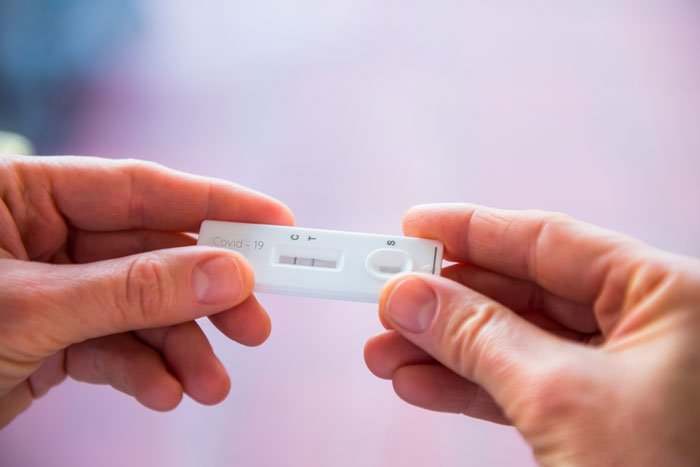 On the announcement that all international arrivals will be required to take a day two PCR test and self-isolate until they receive a negative test ABTA said the move will compound the current crisis facing its members and the global travel sector.