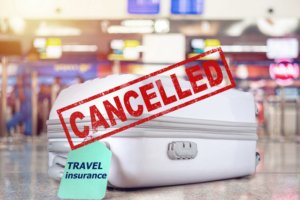 The Association of British Insurers (ABI) has issued its first estimates on the level of travel claims the UK faces from the cancellations due to the COVID-19 pandemic.

The association said the industry expects to pay out at least £275 million to travellers who have seen their planned ruined due to the global response to combat the pandemic.

The ABI’s research found an estimated £275 million is set to be paid to customers in Coronavirus related claims.

The market is bracing itself for around 400,000 Coronavirus claims to be made, compared to the 294,000 cancellation and disruption claims received in the whole of 2010, the previous highest year on record for such claims.

Mark Shepherd, ABI’s Assistant Director, Head of General Insurance Policy, said: “At this unprecedented time, travel insurers are helping soften the financial blow for thousands of customers whose travel plans have been cancelled or disrupted by Coronavirus. Along with compensation from sources, such as airlines and credit card providers, travel insurers are helping customers get through these tough times.”

ABI added its travel insurance members have agreed a series of travel insurance pledges to ensure extra support for customers, including having in place contingency plans to deal with valid claims as quickly as possible.