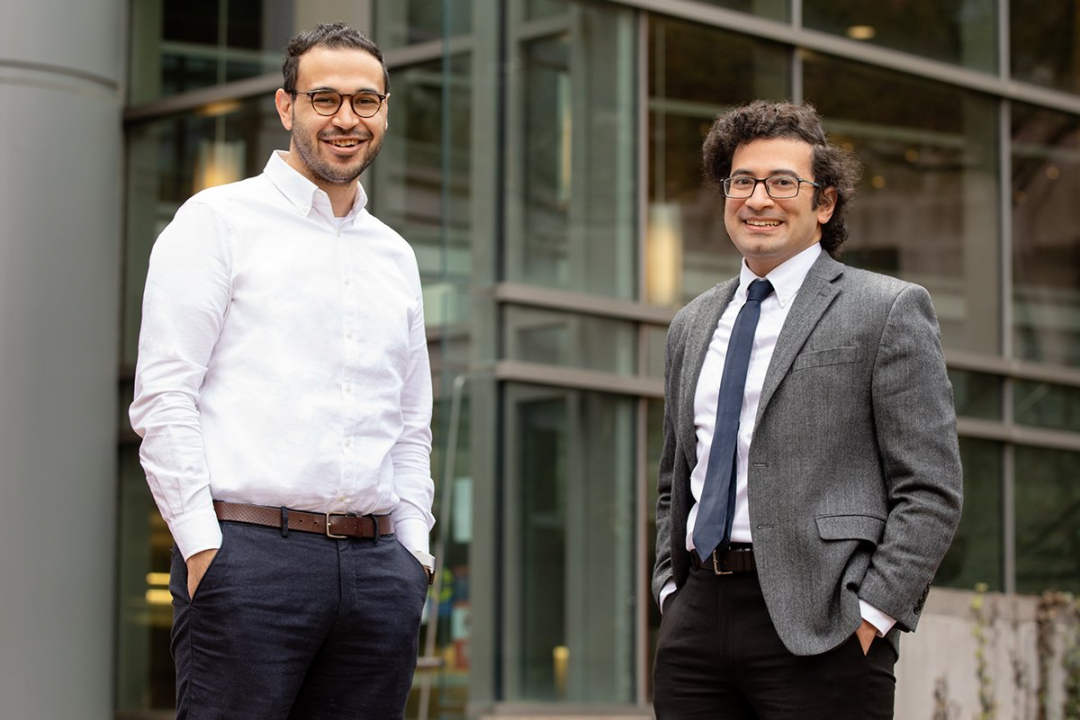 Calls have been made to urgently revisit the threat of tsunami events in several areas across the world including San Francisco bay.

The new study found overlooked tsunami hazards related to undersea, near-shore strike-slip faults, especially for coastal cities adjacent to faults that traverse inland bays. Several areas around the world fall into this category, including the San Francisco Bay area, Izmit Bay in Turkey and the Gulf of Al-Aqaba in Egypt.

The study led by University of Illinois Urbana-Champaign civil and environmental engineering professor Ahmed Elbanna (above right) and Professor Ares Rosakis (left) of the California Institute of Technology used the Blue Waters supercomputer at the National Centre for Supercomputing Applications to model tsunami hazards related to strike-slip faults around the globe. The results are published in the Proceedings of the National Academy of Sciences.

“Whenever we saw large tsunamis triggered by earthquakes along strike-slip faults, people assumed that perhaps the earthquake had caused an undersea landslide, displacing water that way,” Rosakis said.

“It may not look like the tsunami scene from Dwayne Johnson’s ‘San Andreas’ movie, but the tsunami risk for Northern California and several places worldwide need to be seriously revisited,” Elbanna said.

In September 2018, a moderate 7.5 magnitude earthquake and unexpectedly powerful tsunami swept through Palu, a city situated on the inland side of Palu Bay on the Indonesian island of Sulawesi. The quake occurred along a northwest-southeast trending strike-slip fault that runs through the city and plunges below the bay along Palu’s northwest shore.

“It looked like a bulldozer had come in and levelled the town,” said co-author Costas Synolakis, the president of Athens College and a professor of civil engineering at the University of Southern California, who surveyed the area following the devastating event. “This is why it is so important that we try to understand what really happened.”

“What is unique about our study is that instead of considering a location-specific event, we focused on the fundamentals of a strike-slip fault system interacting within the boundaries of a narrow bay,” Elbanna said. “We opted to simulate a very basic planar fault passing through a very simplified smooth-bottomed bay, similar to a bathtub. Having this simplified baseline model allows us to generalize to any place on the planet that may be at risk.”

Intersonic earthquakes are fault ruptures that happen so quickly that their movement outpaces the seismic shear waves they generate – like a sonic boom, but with the shock wave moving through the earth’s crust. The simulations found that intersonic earthquakes can provide enough energy and large enough horizontal displacements to trigger large tsunami waves.

When such earthquakes occur within a narrow bay, the researchers reported three distinct phases that can lead to a tsunami: the initial fault movement and shockwave causing almost instantaneous shaking of the coastal land; the displacement of water while the earthquake is occurring; and gravity-driven motion of the tsunami wave after the ground motion has subsided that carries the wave to shore.

“Each of these phases will have a different effect depending on the unique geography of the surrounding land and bathymetry of the bay,” Elbanna said. “And, unlike the earthquakes and subsequent water displacement that occur many miles offshore, an earthquake and tsunami that occurs within the narrow confines of a bay will allow for very little warning time for the coast.”

The at-risk regions identified by the team – Northern California, Turkey and Egypt – have experienced intersonic earthquakes in the past, and the researchers recommend revisiting the tsunami hazard rating of underwater strike-slip faults, particularly those traversing narrow bays.

0
SHARE:
Ransomware again in the spotlight as US energy firm targeted