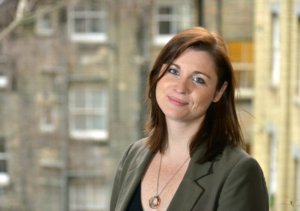 As the number of burglaries in the UK rose by 7% last year an insurance company CEO said more could and should be done to protect people’s homes.

Insurance provider buzzvault analysed the figures and found six in ten (58%) victims of burglary were home when the incident took place.

Of those who were home when the incident occurred, two in five burglaries happened in broad daylight, with 39% occurring in the morning or afternoon.

Of those who fell victim to the crime 40% said they had experienced force, violent and threatening behaviour. Buzzvault said such an experience can leave some victims with longer lasting effects. More than one in ten (11%) said the incident left them suffering with depression, while a quarter (26%) have experienced anxiety or panic attacks and just under a third (29%) had difficulty sleeping after the event.

Becky Downing, (pic) CEO and founder of buzzvault: “No one should have to experience the trauma of having their property burgled but being home during the incident can make you feel even more vulnerable. While the financial impact alone is stressful, the added emotional strain can make what is already a tough time incredibly traumatic.

“Protecting our homes and belongings is vital, and there are several steps you can take to reduce the risk of being a target for thieves. Installing security measures, locking windows and doors and keeping valuables out of sight can help to deter criminals. Most of all, make sure your home and contents is covered, so that you’re financially protected should the worst happen.”