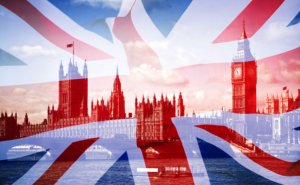 The UK awoke this morning to what Prime Minister Boris Johnson called a “seismic” victory for the Conservative Party which will return to Parliament with the biggest majority for over three decades.

After a bitter election campaign, Mr Johnson said that the Government had been given a clear mandate to deliver the UK’s withdrawal from the European Union on 31 January.

The UK will then look to hammer out a trade deal with the EU within a deadline of 31 December 2020.

Sterling rose sharply on news of the result and for the UK insurance and reinsurance sector the result while delivering certainty in some areas will signal the start of a long Brexit process.

Jennette Newman, Partner, at Clyde & Co, Vice President, UK of the Federation of Insurance Lawyers (FOIL) said “The key thing this result delivers for the insurance industry is a greater degree of certainty than we’ve known for three years. It puts us on track to depart from the EU at the end of January followed by an 11-month transition period.

“However, we need to be clear that the spectre of a ‘no-deal’ at the end of the implementation period next year is still hovering over the Conservative’s celebrations. The French insurance supervisor has already begun to question British insurers’ ability to pay claims in Europe post Brexit, which is a taste of potential regulatory machinations still to come.

“On the domestic front, the environment in which businesses like ours operate will remain fairly stable. In terms of taxation and governance, it’s steady as she goes.”

However, the issue of Scottish independence has been rekindled with a sweeping victory for the Scottish national party in Scotland.

SNP leader Nicola Sturgeon has said that Scotland has not voted to leave the EU and that the Government does not have a mandate to take Scotland out of the EU.

Ms Sturgeon has called for a second referendum on Scottish Independence in the coming year and a successful vote for independence would leave many Scottish-based life and pensions firms examining their future strategies.

SHARE:
Firms Still See Thank You as a Bonus