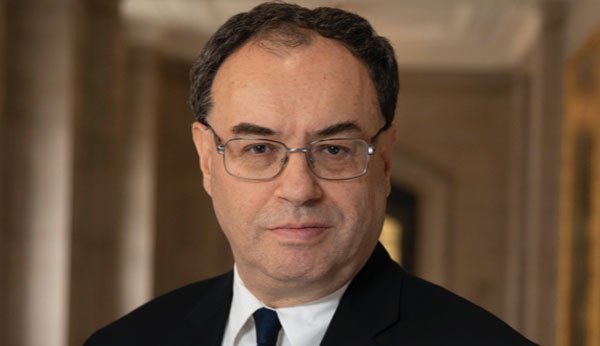 Bank of England Governor Andrew Bailey has warned the world has to ensure it does not forget the challenge posed by climate change as it seeks to combat the Covid pandemic.

Speaking at the Corporation of London Green Horizon Summit, at Mansion House, yesterday Mr Bailey said the Bank of England would push ahead with its efforts to ensure that the UK financial services sector plays its full part in the fight against climate change. This will include a climate stress test in June next year.

“There have been times since March when we have faced very stark decisions in the face of the Covid crisis,” he said. “We decided in the spring to prioritise preserving people’s jobs and livelihoods in this emergency, and as far as possible the businesses that provide employment and the life blood of the economy. These short-term interventions did not discriminate on the basis of climate change.

“I believe that was the right response. In the face of such an emergency in all conscience it was not right to say to people that they would be denied a livelihood because their employment was of the wrong sort for the climate. I say this very starkly because there is no point hiding from reality.”

However, he said that challenges did not mean that the UK regulator had abandoned our commitment to tackle climate change and indeed the UK government has made a firm commitment to transitioning the economy to net zero by 2050.

“If we needed reminding of the importance for the UK and the 125 other countries who have made similar commitments of delivering on them, this year we have seen record wildfires in Australia and California, record-breaking temperatures in the Arctic Circle and of course the powerful witness of Sir David Attenborough,” he said. “These are a striking reminder of the need for sustained action by government, public authorities and the private sector. And it is important that, even in the face of the resurgence of Covid and the necessary measures to tackle it, we plan for the future and act on these plans.

“We all know an economy-wide transition to net zero is a huge task. But our experience with Covid has powerfully demonstrated our ability to adapt which should give us all comfort that the task we face should be achievable.”

Mr Bailey explained the goal was to build a UK financial system resilient to the risks from climate change and supportive of the transition to a net-zero economy.

“In the aftermath of the financial crisis we took far-reaching action to make the financial system more resilient against crises,” he explained. “Covid is the first real test of those changes. The financial system has supported the real economy in the crisis, as it must. We need that same ambition in our approach to climate change.

“But what is different with climate change is that we know now it is coming, so we can identify where risks will arise and start managing them in advance. Compared to the financial crisis and the pandemic, the risks from climate change are even bigger and more complex to manage. And acting now gives us the best opportunity to manage those risks.

“The good news is that progress is being made. A mere five years ago climate change was considered more of a charitable cause within the financial sector.”

Mr Bailey said as a central bank the BoE was not only concerned with resilience at a micro-level, but also at a macro-level. In July 2019 it announced its plan to launch a climate stress test exercise.

“When the pandemic hit, we decided to postpone the exercise in light of strain on firms’ resources, and to ensure the ambitious scope of the exercise could be maintained,” explained Mr Bailey. “We have used the extra time to continue our work on the design of the exercise, and firms have been busy preparing for it. And today I am pleased to announce a launch date, June 2021.

“The exercise will explore three different climate scenarios, testing different combinations of physical and transition risks over a 30-year period. We expect to use the exercise as a tool to size the risks faced in these scenarios, to understand how different bank and insurance business models will be affected and how they might respond, and finally as a way of improving firms’ risk management practices through the process of carrying out the exercise.”

Ahead of the launch, the bank will share with participants more detail on some key aspects of the exercise – for example around data requirements and scenario variables.

“We will not use the results to size firms’ capital buffers. But that does not mean firms should not be thinking about near-term capital requirements,” said Mr Bailey. As we have set out in our supervisory expectations, firms must assess how climate risks could impact their business and review whether additional capital needs to be held against this.

“Investments that look safe on a backward look may be existentially risky given climate risks. And investments that might have looked speculative in the past could look much safer in the context of a transition to net zero.

“Uncertainty and lack of data is not an excuse. We expect firms to make reasonable judgements rather than default to ‘zero’. UK banks and insurers must work to develop these capital assessments over the coming year and the Bank will be working in tandem to develop its approach to reviewing them.”

He said the financial system had to facilitate investment in the economy to support climate change.

“It is important to put this into a broader context,” he said. “The level of investment in the UK economy as a whole has been weak for some time, and alongside this we have seen weak productivity growth.

“Covid has further hit investment, including the investment intentions of firms. An important part of the recovery from Covid will be to stimulate and support investment, particularly if we do see some elements of structural change in the economy reflecting, for instance, the way we work. Investing to support the transition to zero net emissions will be a critical part of the recovery.”

“In the aftermath of the financial crisis we took far-reaching action to make the financial system more resilient against crises, Covid is the first real test of those changes. The financial system has supported the real economy in the crisis, as it must. We need that same ambition in our approach to climate change.”