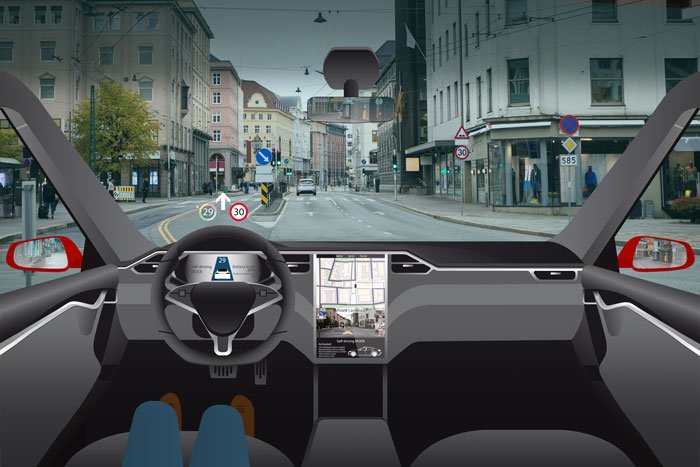 Self-driving vehicles could be now be allowed on UK motorways by the end of this year, the government has said.

The Department for Transport (DfT) said automated lane-keeping systems (ALKS) would be the first type of hands-free driving legalised.

In the event the system detects an “imminent collision risk”, it will carry out an “emergency manoeuvre” which could involve braking or a change of direction.

The DfT claimed the technology could boost road safety as human error “contributes to over 85% of accidents”.

However, insurers have warned the government’s definition of ALKS as ‘self-driving’ is misleading.

Following a consultation last year, the government has now said that vehicles with ALKS technology can be legally defined as self-driving, “as long as they receive GB type approval and that there is no evidence to challenge the vehicle’s ability to self-drive.”

The government confirmed that drivers will not be required to monitor the road or keep their hands on the wheel when the vehicle is driving itself.

But the driver will need to stay alert and be able take over when requested by the system within 10 seconds.

If a driver fails to respond, the vehicle will automatically put on its hazard lights to warn nearby vehicles, slow down and eventually stop.

The Highway Code is now consulting on what rules will be put into new laws to make sure the technology is safely used.

“This is a major step for the safe use of self-driving vehicles in the UK, making future journeys greener, easier and more reliable while also helping the nation to build back better,” said Transport Minister Rachel Maclean.

“But we must ensure that this exciting new tech is deployed safely, which is why we are consulting on what the rules to enable this should look like.”

AA president Edmund King claimed “we shouldn’t be in race to take drivers’ hands off the wheel”.

He went on: “There are still gaps in how this technology detects and stops if the vehicle is involved in a collision.

“There are still question marks over how drivers will be fully informed how these systems work.

“More needs to be done to rigorously test these systems before they are used on UK roads.”

Concerns about autonomous vehicles were recently raised when two men were killed on April 17 when a Tesla Model S crashed into a tree in Texas.

Police believe no-one was in the driver’s seat when the collision occurred.

Following a consultation last year, the government has now said that vehicles with ALKS technology can be legally defined as self-driving, “as long as they receive GB type approval and that there is no evidence to challenge the vehicle’s ability to self-drive.”

COP26: Climate disclosure regime on the cards as UK rolls out TFCD requirem...
Scroll to top