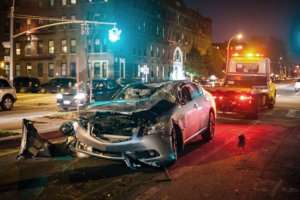 A leading broker has described the tough conditions faced by primary markets in the UK as reinsurers looked to drive price increases for motor liability cover at the 1 January renewals.

Grange Turner, Executive Director, Willis Re told emerg-in.co.uk the broker has been required to create new solutions, access new capacity and leverage its long standing relationships to deliver programmes for its clients:

“UK Motor XOL renewals took place in a challenging market environment,” he explained. “Various factors combined to create these conditions: The revision in discount rate from -0.75% to -0.25% during Q3 2019 disappointed most reinsurers who had previously been pricing XOL in the expectation of a positive number and thus adjusted their forward pricing to reflect this new reality.

“Yields on the government bonds that reinsurers typically invest in for long tail classes, had fallen significantly year on year,” he added. “Many reinsurers are holding outstanding loss reserves on treaties written at the time when there was an assumption of a continuation of a 2.5% discount rate. These claims are now settling in a lower discount rate environment sometimes pushing balances into negative territory, and reinsurers are sometimes adjusting forward pricing to address this.”

Mr Turner explained it changed the thinking of the underwriters.

“We saw the development of a mentality amongst some reinsurers that a one-size-fits-all approach to price increases could be adopted, regardless of individual client characteristics,” he added.

It provided brokers with a challenge despite no lack of capacity but in an environment that many were describing as “unfavourable”.

“Willis Re has focussed on the several areas to help clients navigate the challenging market,” added Mr Turner. “We looked to strong evidence-based actuarial arguments to support negotiations on behalf of individual clients, who deserved to be treated on their own merits and not as part of a market trend.

He added the renewals also saw the creation of innovative structural alternatives to the standard Motor XOL product that were designed to stimulate new non-correlating capacity with the appetite to price independently.

“We were able to utilise the sufficient strength and depth in reinsurer relationships to confidently determine the degree of elasticity between quotation and firm order,” added Mr Turner.

Will Davos see insurers “walk the walk”?
Scroll to top