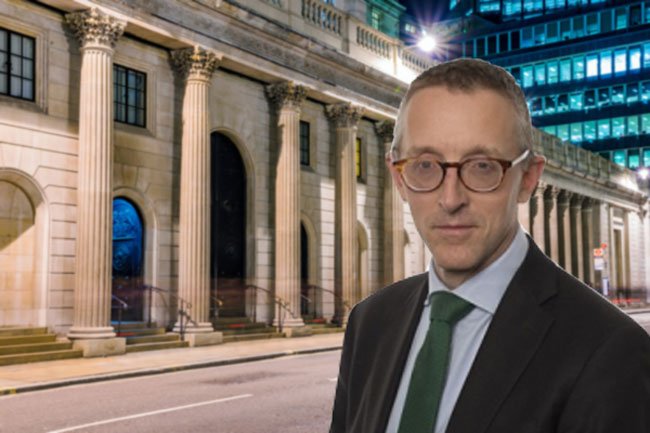 As he delivered the traditional Mansion House speech yesterday evening, Sam Woods said the PRA and Financial Conduct Authority (FCA) were determined to maintain the highest level of regulation when the UK leaves the European Union, adding that they were working under a new mantra: KISS.

Looking to the approach the regulators would take Woods said a KISS was in the lips of all at the Bank of England.

“A surprising new acronym has entered the PRA lexicon: KISS,” he explained. “This is not a reference to a 70s rock band – we do have some rockers in the PRA but they seem mainly to be Status Quo fans. It is also not a homage to the song by Prince or the London radio station. Still less is it a breach by the PRA of social distancing guidelines.

“Rather, Lord Mayor, instead of “keep it simple, stupid”, in the PRA we say: keep it strong and simple!”

He was  clear in his message that regulators wanted to maintain standards but would not seek to stifle the innovation which had defined the City of London and those within it.

“Despite the fears sometimes articulated by politicians in the EU, we have absolutely no intention of weakening prudential regulation in the UK,” said Woods.

“It would be mad for us to do any such thing only a decade or so on from a crisis in which the British taxpayer footed the bill for one of the biggest banking disasters in history, with a financial sector around ten times the size of our economy, and with clear evidence in front of us that the post-2008 reforms have allowed the banking system to support the economy through the COVID-19 crisis so far.”

“You only have to ask yourself the question ‘How would the financial system have fared if COVID-19 had hit in 2007?’ to appreciate this point.”

“As the host of a very large international financial centre, we also have a global responsibility to maintain high prudential standards in the UK. This is important for the Bank of England’s objective of financial stability, but it also makes sense for industrial policy for the UK financial services industry: we want people to bring their money to the City for the right reasons, not the wrong ones, and we have no interest whatsoever in a race-to-the-bottom approach to financial regulation.”

“It was very good to see the Chancellor making this same point clearly in his wide-ranging address to the House of Commons on Monday,” added Mr Woods. “None of that is to say that nothing will change as we leave the EU.

“Financial regulation is constantly developing as financial services change, and it is clear that neither the EU nor the UK wishes to be shackled in lockstep with the other as these developments occur in both jurisdictions. But of course financial regulators tend to be interested in similar things, we coordinate with each other across borders constantly, and we hammer out international agreements at the Financial Stability Board, the Basel Committee, and the International Association of Insurance Supervisors in order to keep us moving forward together as we tackle issues like climate change, cyber and operational resilience.”

Woods  asked was it wholly reasonable to ask what will be different?

“I have a strong interest in this but ultimately it’s for the government and parliament to decide, and the Treasury already has this question firmly in its sights in the form of its Future Regulatory Framework consultation, which was published last month. But as one very small contribution to that debate, I would like to suggest three lodestars to guide us.

However he said the market had to be braced for demands form the regulators as they sought to deliver the regulatory supervision the City demanded.

“There is no free lunch here, in that none of these three elements is free.” warned Woods. “Strong regulation is not cheap. Openness exposes us to risks from elsewhere. And dynamism means some businesses and investments inevitably fail. But together, this trio can make a big contribution to our economy.”