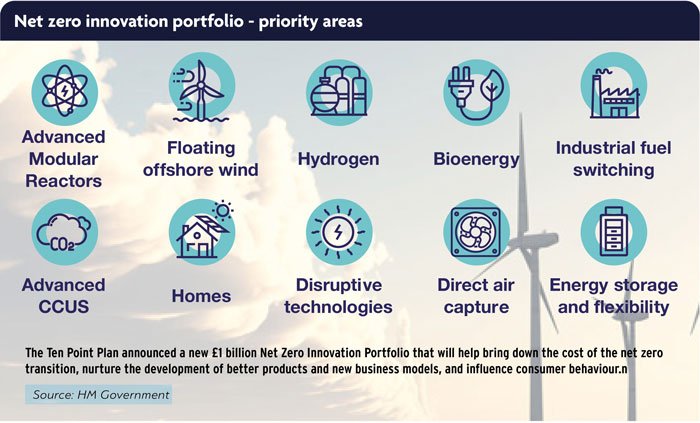 This week the UK government published a much anticipated and wide ranging energy white paper which could have profound implications for the insurance market. Emerging Risks takes a look.

After months of delays, the UK Government finally unveiled its Energy White Paper, Powering our Net Zero Future, on 14 December. The document details an ambitious transformation of the country’s transport, energy and infrastructure systems system as it seeks to move away from a dependence on fossil fuels on the road to net-zero by 2050.

The White Paper builds on the Prime Minister’s Ten Point Plan for a Green Industrial Revolution and the National Infrastructure Strategy (NIS) in outlining how the nation plans to transform its power and heating systems to support the net-zero emissions target.

A core component of the strategy is nuclear energy, with Britain confirming it would enter negotiations with France’s EDF to try to strike a funding deal on the £20 billion pound Sizewell C nuclear energy project in Suffolk, Eastern England. EDF is already building Britain’s first new nuclear plant in more than two decades, Hinkley Point C, with backing from China’s CGN.

“We’re starting negotiations with EDF, which would be the developer at Sizewell C,” Business Secretary Alok Sharma told the BBC. “What this is not is a green light on the construction, so what we will be doing is looking to see whether we can reach an investment decision in this parliament.”

The Government wants to explore new funding options to enable investment in at least one nuclear power station by the end of this Parliament.

This includes the creation of an Advanced Nuclear Fund of up to £385m to support the development of Small Modular Reactors and to support research and development into more advanced nuclear technologies, such as advanced modular reactors to help them reach commercialisation.

The White Paper also outlines that a range of financing options for nuclear will be explored, including the Regulated Asset Base (RAB) funding model, which could help secure private investment and cost consumers less in the long run.

As well as nuclear energy, hydrogen is also seen as an important component of the over-arching vision. The UK government says it aims to kick-start the hydrogen economy by working with industry to aim for 5GW of production by 2030, backed up by a new £240m net zero Hydrogen Fund for low carbon hydrogen production.

The paper goes on to state, however, that unlike electric heat pumps and heat networks, the feasibility of using hydrogen for clean heat needs further testing and development. The practicalities and cost of safely converting or replacing existing networks and appliances to operate with pure hydrogen need to be fully evaluated:

“The UK is already a world leader in investigating the use of hydrogen for heating. Both the government and the gas industry are currently running major studies and testing projects. We will increase the funding available for testing and trialling projects, working with the industry to ensure that the overall programme of work is comprehensive and fully coordinated.

“A range of further Research and Development (R&D) and testing projects are required, including an assessment of the options for major new hydrogen infrastructure, such as gas transmission networks and inter-seasonal storage.

“Trials of hydrogen will also be key to evaluating the practicalities of converting existing boiler appliances and the way in which consumers experience hydrogen for heating in their own homes and workplaces.”

In a move that will be welcomed by the green bond sector, the paper envisages the establishment of a UK Emissions Trading Scheme (ETS) from 1 January 2021 to replace the current European Union ETS at the end of the Transition Period. It increases its ambition with regard to reducing emissions, and provides for the continuation of emissions trading for UK businesses and a degree of certainty on how they operate.

The ETS works by setting a cap on the total amount of greenhouse gases that can be emitted by energy-intensive industries, including aviation, power generation and steel manufacturing. The cap is then reduced over time so that overall emissions from each sector fall.

UK factories are able to purchase carbon allowances to cover emissions, which can be purchased at auction or traded. Currently, around one-third of UK emissions and 1,000 factories and plants are covered by the EU ETS and will be covered under the new UK variant.

The white paper also confirms the creation of a UK variant that will be introduced on 1 January 2021. The document notes that the Government is “open to linking the UK ETS internationally in principle” but no preferred linking partners have been confirmed.

Other keys points of the white paper include:

The full white paper can be accessed here. 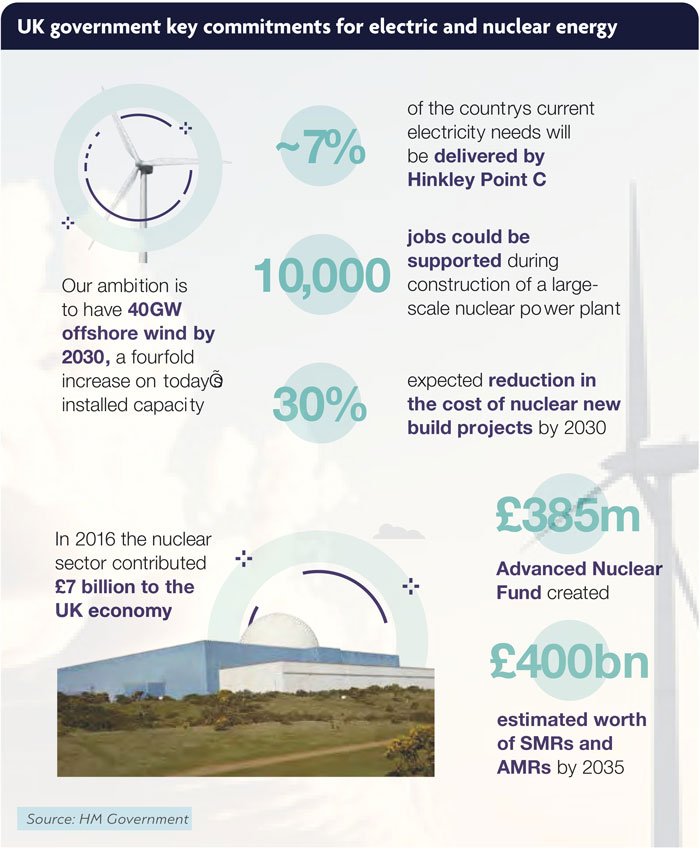