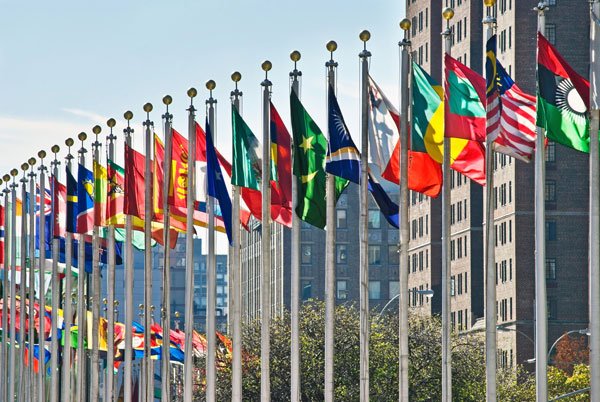 The explosive growth of digital technologies around the world is opening new potential domains for conflict and the ability of both State and non-State actors to carry out attacks across international borders, according to the United Nations High Representative for Disarmament Affairs.

Speaking as the UN Security Council held its first-ever open debate on maintaining peace and security in cyberspace, Izumi Nakamitsu highlighted to a dramatic surge in malicious incidents in recent years, ranging from disinformation campaigns to the disruption of computer networks, contributing to diminishing trust and confidence among States.

Critical infrastructure, including financial institutions, health‑care facilities and energy grids, have been viewed as some of the most likely targets given their heavy reliance on information and communications technology (ICT) to function.

“ICT threats are increasing, but efforts are also under way to address them,” she told the Council, meeting via videoconference.

She went on to say that the political and technical difficulties in attributing and assigning responsibility for ICT attacks could result in significant consequences, including unintended armed responses and escalation.

“These dynamics can encourage States to adopt offensive postures for the hostile use of these technologies,” she said.  They could also enable criminal groups and others seeking to access potentially destabilizing capabilities with a high degree of impunity.  Given the implications on international peace and security, Council engagement on this issue is paramount, she said.

In the debate that followed, Heads of Government, ministers, senior officials and representatives of the 15-member Council emphasised that cyberspace is subject to international law, including the Charter of the United Nations and the principle of State sovereignty.  Several speakers emphasized the need to close the digital divide between nations and peoples, while others warned States against taking unilateral actions.

Bui Thanh Son, Minister for Foreign Affairs of Vietnam, said cyberattacks can hamper economic growth and damage critical infrastructure.  Indeed, the global annual expenditure on cybersecurity reached $1 trillion in 2020 — 50 per cent higher than in 2018 — with most focused on damage repair and recovery.

“With no spatial and time limits, cyberspace has transformed modern warfare, making cybersecurity critical to peace, security, development and prosperity at national and global levels, and requiring a global and transnational solution to cyberattacks,” he added.

Simon Coveney, Minister for Foreign Affairs and Defence of Ireland, said the pandemic has highlighted the world’s increasing reliance on information and communications technology (ICT), and its vulnerabilities.  Recalling a recent damaging ransomware attack on Ireland’s public health‑care systems, he said such an appalling act during a pandemic is not isolated.  Critical infrastructure — including nuclear-weapon command and control systems — is increasingly being targeted.  International disputes in cyberspace must be resolved by peaceful means.

“In this regard, the Council must send a clear message of support for a peaceful and secure global cyberspace built on consensus and mutual trust, while States must implement measures agreed at the United Nations,” he added.

Tariq Ahmad, UK Minister of State for the Commonwealth, United Nations and South Asia of the United Kingdom, cited the recent cyberattack in the United States, saying that all nations have a collective responsibility to shape rules that serve the common good.

“But we want to go further,” Ahmed said, adding that States, including the United Kingdom, are developing cyberoperations to support their military and national security capabilities.

“The United Kingdom will use these capabilities to defend against those who seek to harm it, with a commitment to use them in a proportionate way and in line with international law.  The collective challenge is to clarify how the rules of international law apply to State activities.

“Global cooperation must uphold the rule of law in cyberspace.”

In the debate that followed, Heads of Government, ministers, senior officials and representatives of the 15-member Council emphasised that cyberspace is subject to international law, including the Charter of the United Nations and the principle of State sovereignty.