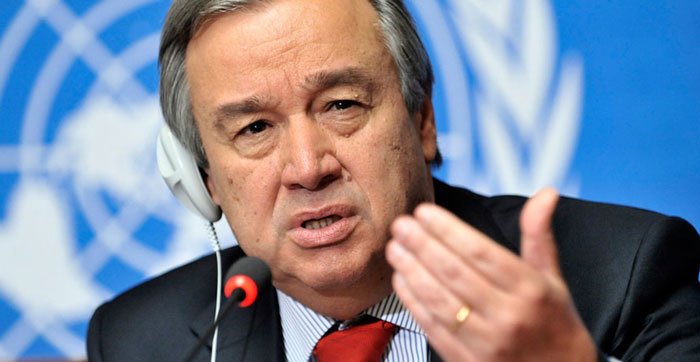 United Nations Secretary-General Antonio Guterres has called on every country to declare a “climate emergency”.

Guterres made his call at the Climate Ambition Summit 2020,  co-hosted by the UN, the UK and France, which comes on the fifth anniversary of the seminal Paris climate accord.

Under the Paris accord, countries are bound to keep global temperature rises well below the 2C above pre-industrial levels that scientists regard as the outer limit of safety, with an aspiration to limit global heating to 1.5C, which should avoid the worst of the predicted consequences of climate change.

Guterres made his call at a summit aimed at building on momentum behind the Paris deal, buoyed in recent months by renewed commitment from China to reducing coal emissions.

The nation with the largest fleet of coal power plants in the world is beginning to reckon with President Xi Jinping’s surprise announcement in September that China plans to be carbon neutral by 2060.

The prospect of moving forward on climate change has also been strengthened by a signalled change in attitudes from the White House under the incoming Biden administration.

“Can anybody still deny that we are facing a dramatic emergency?” Guterres, a former Portuguese prime minister who has made climate change his signature issue, said via video-link.

“That is why today, I call on all leaders worldwide to declare a State of Climate Emergency in their countries until carbon neutrality is reached.”

Declaring an emergency would require countries to step up their actions on greenhouse gas emissions urgently.

However the UK’s business secretary, Alok Sharma, has said that the world is still not on track to fulfil the 2015 Paris climate agreement, despite at least 38 countries having already declared such a state of climate emergency.

Boris Johnson, the UK prime minister, had previously pledged at the summit to end UK taxpayer-funded support for fossil fuel projects overseas, after months of pressure from green campaigners. About £21bn of such funding has been provided in the last four years.

Guterres said economic recovery packages in the wake of the COVID-19 pandemic were an opportunity to act on climate – but said G20 countries had so far spent 50% more of their stimulus on sectors linked to fossil fuels than on cleaner energy.

“This is unacceptable,” Guterres said. “The trillions of dollars needed for COVID recovery is money that we are borrowing from future generations.”