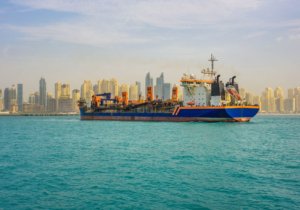 As the international naval task force in the middle east increases amid fears around the safety of merchant vessels in the region there will be no blanket increase in insurance rates.

The ongoing dispute between Iran, and western nations including the US and the UK there are fears that the Iran government will increase its attacks on international shipping transiting the Persian Gulf.

However marine insurers have said they will not seek to put blanket increases in the premiums for vessels using the area.

A statement for the Joint War Committee said the underwriters did not believe that the situation had changed materially over recent months given that 2019 saw a number of attacks in vessel sin the region and as such rates had already been adjusted.

It said: “Following on from their meeting 13 January, the Joint War Committee (JWC) has commented that, based on current information, JWC considers that there is no dramatic change to the strategic maritime picture.

“There are clearly increased tensions in the Gulf region, with American assets now referenced, but the underlying maritime threat remains heightened with an ongoing possibility of escalation.”

It added: “The London insurance market has been operating with these strategic factors in mind since last May and underwriters will continue to ask appropriate questions of assureds in order to ascertain the risk dynamics of individual sailings seeking war-risk cover.”