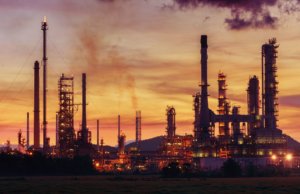 Insurers have been scrambling to ascertain the global impact of the drone attack which severely damaged the world’s biggest oil processing facility.

The attacks by Houthi Rebels come as the Saudi Arabia led coalition, which includes the UAE, continues its war against the Houthi rebels in Yemen. The Houthi are backed by Iran and the situation has escalated in the Gulf with news that Iranian armed forces had seized a vessel for allegedly trying to smuggle 250,000 litres of diesel to the UAE.

It has heightened tensions in the region but for insurers the concern that the energy market is now in the front line of the conflict.

The strike on Saudi Aramco’s main processing facility has cut its production of crude oil by 5.7 million barrels a day – more than half its daily exports and more than 5% of the world’s daily production.

Oil prices leapt 20% when the markets opened and have settled at a 10% increase and while the Saudi authorities have sought to calm fears of a long term impact from the attack estimates are that the plant will take months to repair.

The Chair of the International Union of marine Insurance’s (IUMI) Energy Committee told Emerg-in.co.uk that the market will need time to understand the scope and scale of both the damage to the plant and the wider impacts such as supply.

Speaking from Toronto James McDonald said: It’s quite difficult to say at this stage. Typically demand and supply only vary by between 1-2%. This incident potentially removes 5% on the supply side, so it could have a significant impact on pricing as we have seen this morning.

“The big question is how long it will take to get the facility back up and running. It is too early to make a call on that but looking at the footage I would guess it would be months rather than days.”

He added: “The Saudis have a strategic reserve of 188 million barrels which might sound like a lot but at 5 million a day, that only translates to 37 days of replacement coverage. The oil market will likely price in the risk over the next few days as more information becomes available.”

In The London market brokers say the attack is likely to have implications for the wider market.

“We cannot get away from the fact that marine and energy assets look to be targets in the escalating conflict in the Middle East,” One senior broker told Emerg-in.co.uk. “We have seen capacity withdraw for marine risks and energy pricing has been under pressure. This is not a case of an issue with a small processing plant. This is the biggest one of its kind in the world and has impacted the world’s oil production capabilities.