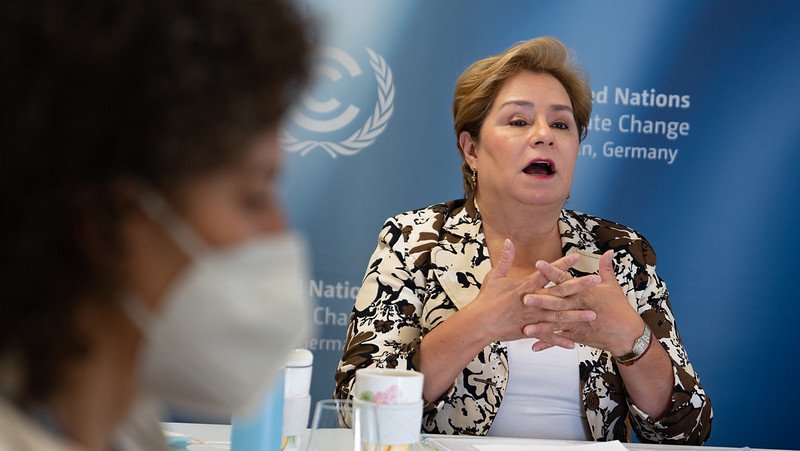 The head of United Nation’s climate change efforts has expressed her disappointment as only 58% of the world’s governments have submitted their plans to tackle climate change by the agreed deadline.

However she said that while the number had risen in recent weeks there were still far too many countries that had failed to act.

“Against the backdrop of extreme weather emergencies throughout the world, this was an important day in our collective effort against climate change. It marked the cut-off date for the submission of new or updated nationally determined contributions (NDCs) to be included in a synthesis report that will be issued later this year, ahead of COP26.

“NDCs embody the national plans designed by each country to address climate change. Taken together, they provide the most comprehensive and accurate record of global climate action. I want to express my recognition and gratitude, as well as that of the UNFCCC as a whole, to those countries that submitted new or updated NDCs in time for their inclusion in the forthcoming synthesis report.”

However she added: “By the cut-off date the secretariat received new or updated NDCs from 110 Parties. This compares favourably with new or updated NDCs from 75 Parties received up to the end of December 2020 and included in the initial version of the synthesis report. But it is still far from satisfactory, since only a little over half the Parties (58%) have met the cut-off deadline.

“The level of ambition reflected in those national climate action plans also needs to be enhanced. One of the key findings in the initial version of the synthesis report showed that collective efforts fall far short of what is required by science to limit a global temperature rise by the end of the century of 2C, let alone the desired objective of less than 1.5C. I truly hope that the revised estimate of collective efforts will reveal a more positive picture.”

To meet that goal, as the Intergovernmental Panel on Climate Change has indicated, by the end of this decade emissions must have been reduced by at least 45% compared to 2010 levels.

“Recent extreme heat waves, droughts and floods across the globe are a dire warning that much more needs to be done, and much more quickly, to change our current pathway. This can only be achieved through more ambitious NDCs,” said Espinosa.

“The reduction of emissions needs to be a consistent, cumulative process,” she added. “I call on those countries that were unable to meet this deadline to redouble their efforts and honour their commitment under the Paris Agreement to renew or update their NDCs. I also encourage those who have submitted their NDCs to continue reviewing and enhancing their level of ambition.

“By doing so, they will contribute to the preservation of our planet and the well-being of people around the world.”