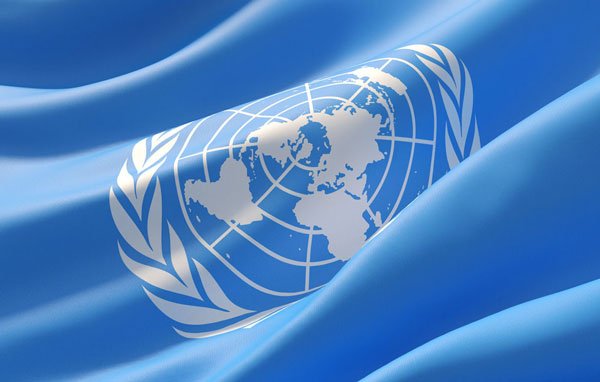 International cooperation is vital in reducing disaster risks and building resilience as the world is not insured against future tragedies, speakers told the General Assembly of the United Nations (UN) this week.

The Assembly was held during the commemoration of the thirty-fifth anniversary of the Chernobyl nuclear power plant accident in 1986.

“This solemn anniversary reminds us that we must continue to build resilience and to be prepared for unexpected challenges, to create a safer future for all,” said Volkan Bozkir (Turkey), president of the General Assembly.  “The world has not, and will not, forget the disaster at Chernobyl.”

Paying tribute to those who lost their lives in the accident, he recalled heroic acts of firefighters who walked into danger to protect the world and paid the ultimate sacrifice.  In the shadow of this tragedy, recovery workers rallied to respond as local villages and towns were left empty, he added.

The representative of Belarus said that the Chernobyl accident released a significant amount of radioactive substances into the environment, contaminated thousands of square kilometres of land and changed the lives of hundreds of thousands of people.  It caused billions of dollars in damage to the economy of his country, which took in about 35 per cent of Chernobyl’s radio caesium fallout.

By 2021, he said, the country has implemented five government programmes totalling $19.3 billion.  The Belarus-initiated resolution on “Long-term consequences of Chernobyl disaster”, adopted at the seventy-fourth session of the General Assembly, recognises the need to continue international cooperation on Chernobyl under the United Nations auspices.

The representative of the Russian Federation said that, without exaggeration, the entire world, not just the Soviet Union, faced a tragedy of an unprecedented scale.  The explosion took everyone by surprise, and the accident became one of the largest human-made disasters of the last century, with work still under way to eliminate its consequences.

He added that the world is not insured against future disasters and it is therefore crucial to draw lessons from this event.

The representative of Ukraine, associating himself with the European Union, said his country’s international partners worked together to help overcome the social, economic and environmental consequences of the Chornobyl catastrophe.

Recalling that the European Commission and the Group of 7 countries helped close the Chornobyl plant in 2000, he described the closure as a “remarkable example of international solidarity”.  The New Safe Confinement strategy isolated radioactive substances from Chornobyl’s destroyed fourth reactor for at least 100 years.  However, the containment is only the beginning of another crucial stage — namely, transforming the Shelter Implementation Plan into an environmentally safe system.  He also drew attention to important lessons learned during the catastrophe and its aftermath on the impact of disinformation campaigns run by the Soviet authorities.  “Against the backdrop of today’s challenges […] it is a powerful remainder that disinformation, just like radiation, is an invisible killer,” he stressed.