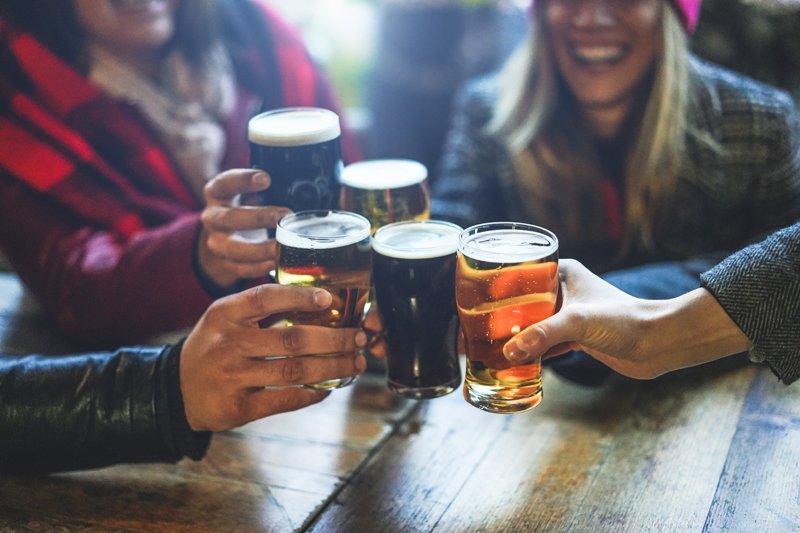 US adults increasingly turning to drink as pandemic continues

Adults in the US have continued to use alcohol as a support mechanism throughout the COVID pandemic, research has found.

Non-profit research institute, RTI International, has issued the results of the second of its studies into the use of alcohol during the pandemic  which found that increases in alcohol consumption observed at the onset of the COVID-19 pandemic, including excessive consumption, were sustained through at least November 2020.

Compared with February 2020, alcohol consumption in November 2020 was 39% higher, according to the data, in terms of drinks per month. The first wave of the survey, conducted last year and sponsored by RTI, examined changes between February and April 2020 and revealed an increase of 36% in that timeframe.

“Our study shows that people didn’t just increase their alcohol consumption for a month or two at the beginning of the pandemic — the trend held for nearly the entire year,” said Carolina Barbosa, a health economist at RTI. “Increases in alcohol consumption have been associated with natural disasters and other large-scale events that induce stress and anxiety, and a pandemic certainly fits that description.”

The new results showed the largest increases in consumption between February and November 2020 were among Black and Hispanic women (173% and 148% increases, respectively), Black men (173%), men who selected something other than White, Black or Hispanic for their race/ethnicity (209%), and women with children under age 5 in the household (323%).

“Women are more likely to use alcohol to cope with stress, depression, and anxiety, and all these are a natural response to the COVID-19 pandemic,” said Barbosa. “Alcohol consumption among women has been on the uptick for past two decades, and our study suggests the pandemic may only exacerbate that trend.”

Additionally, there was an increase in proportion of respondents with mental health issues who reported drinking to cope with stress or tension, which increased from 5% in February to 15% in November. Average consumption among this set of respondents also increased by almost half a drink per day.

“Policymakers should be prepared to respond to the public health consequences of such a sudden, sustained increase in alcohol consumption,” added Barbosa. “I would also encourage them to consider lessons learned from the pandemic. For example, relaxing regulations during the pandemic to allow curbside pick-up and extending privileges for home alcohol deliveries may have contributed to increased consumption, and now some of these relaxed regulations are being permanently adopted.”

The follow-up survey was sponsored by the National Institute on Alcohol Abuse and Alcoholism (NIAAA) and re-surveyed respondents who participated in the first wave. The respondents were from a nationally representative sample.