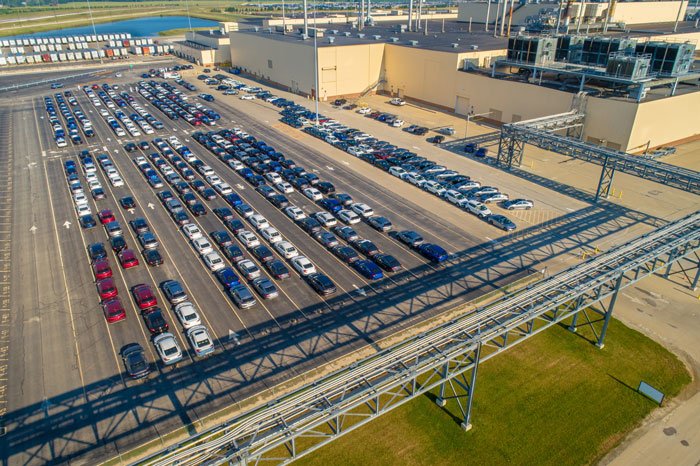 US auto manufacturers warn of impact of chip shortage

The US Commerce Department should dedicate a portion of funding in a proposed bill to expand US semiconductor production to auto sector needs, according to the Alliance for Auto Innovation (AAI).

The plea formed part of a written response to a government-initiated review.

The AAI warned that the global semiconductor shortage could result in 1.28 million fewer vehicles built this year and disrupt production for another six months.

The group represents nearly all major automakers with factories in the United States including General Motors, Ford, Volkswagen, Toyota and Hyundai.

Some funding should “be used to build new capacity that will support the auto industry and mitigate the risks to the automotive supply chain evidenced by the current chip shortage,” according to the trade body’s CEO, John Bozzella.

The AAI said the US government could specify “a particular percentage – that is reasonably based on the projected needs of the auto industry – be allocated for facilities that will support the production of auto grade chips in some manner”.

The AAI’s plea comes after Japan’s Subaru Corporation said it is to shut its Yajima plant between April 10 and 27 as a result of a microchip shortage, affecting 10,000 vehicles.

Subaru will restart all production lines at the Yajima plant in Gunma Prefecture from 10 May, it said in a statement.

It added that the impact on the group’s financial results is uncertain.

The production halt is caused by a global shortages of semiconductors and is not linked to a fire that hit chipmaker Renesas Electronics Corp, a Subaru spokeswoman said.

The Yajima plant manufactures some of the automaker’s popular models, including Legacy sedan and Forester SUV.

The microchip shortage had caused manufacturing delays for all manner of goods, including new generation smartphones and laptops.

The problem had several causes, including bulk-buying by US sanctions-hit Chinese tech giant Huawei Technologies, a fire at a Japanese factory, coronavirus-related lockdowns in Southeast Asia, and a strike in France.

Meanwhile, employees at all French sites of manufacturer STMicroelectronics went on strike over a pay dispute, exacerbating supply difficulties.

Cybersecurity as a cornerstone
Scroll to top