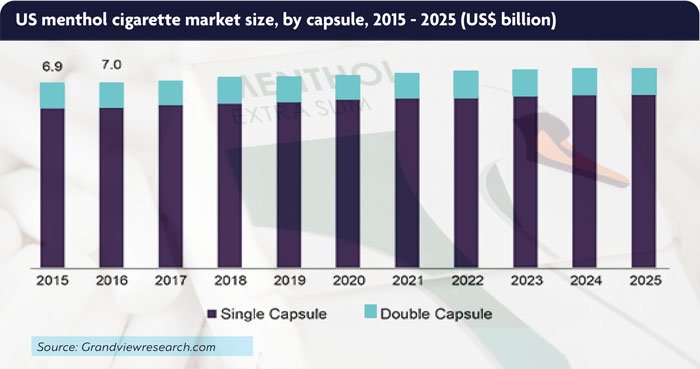 The powerful United States Food and Drug Administration (FDA) has proposed a ban on menthol cigarettes and flavoured cigars in the United States in a move which once again tightens the regulatory knot around tobacco manufacturers – and raises wider liability issues for distributors and retailers.

It said the decision is “based on clear science and evidence establishing the addictiveness and harm of these products and builds on important, previous actions that banned other flavoured cigarettes in 2009”.

The US 2009 Tobacco Control Act (TCA) did not include menthol in its ban on characterizing flavours in cigarettes, leaving menthol cigarettes as the only flavoured combusted cigarettes still marketed in the US. The law instructed the FDA to further consider the issue of menthol in cigarettes.

“With these actions, the FDA will help significantly reduce youth initiation, increase the chances of smoking cessation among current smokers, and address health disparities experienced by communities of colour, low-income populations, and LGBTQ+ individuals, all of whom are far more likely to use these tobacco products,” she added.

For decades, anti-smoking groups have sounded the alarm on mentholated cigarettes, arguing they contribute to disproportionate health burdens on Black communities and play a role in luring young people into smoking.

The FDA was forced to act by a 29 April court deadline to respond to a citizen’s petition from 2013 seeking a ban on menthol cigarettes that activists say impact Black Americans proportionately higher from the industry’s marketing.

Altria Group Inc and Reynolds America, a unit of British American Tobacco, said they would evaluate the latest proposal, but stated that the published science on the matter does not support regulating or banning menthol cigarettes.

Imperial’s US business, ITG Brands, said the announcement was disappointing, but not unexpected.

“We are hopeful that FDA will follow the law and prioritize sound policy and science over political pressure,” said ITG, which produces the Winston and Kool cigarette brands.

According to a Bernstein research estimate, British American Tobacco generates 55% of its cigarette volumes in the United States from menthols, led by its Newport brand, compared with 30% for Imperial Brands and 17% for Altria Group.

Despite the FDA’s action, any ban is likely to take years to implement given the prospect of a lengthy legal fight from the tobacco lobby.

However menthol cigarettes are already banned in some US states including California and Massachusetts. Despite this ban, they account for more than a third of the industry’s overall market share.

If implemented, the FDA said its enforcement of any ban on menthol cigarettes and all flavoured cigars will only address manufacturers, distributors, wholesalers, importers and retailers.

The FDA stressed that it cannot and will not enforce against individual consumer possession or use of menthol cigarettes or any tobacco product. The FDA also said it will work to make sure that any unlawful tobacco products do not make their way onto the market.

The US 2009 Tobacco Control Act (TCA) did not include menthol in its ban on characterizing flavours in cigarettes, leaving menthol cigarettes as the only flavoured combusted cigarettes still marketed in the US. The law instructed the FDA to further consider the issue of menthol in cigarettes.

0
SHARE:
The road to a return to work unlikely to be smooth