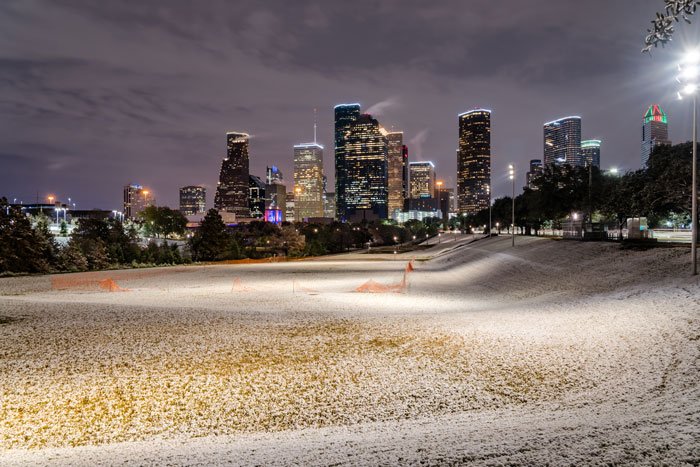 The Polar Vortex driven freezing temperatures which blighted the US and Mexico is likely to be the most expenses peril of its kind on record.

Aon has issued is latest monthly Global Catastrophe Recap report, which evaluates the impact of the natural disaster events that occurred worldwide during February 2021. The expected $10 billion cost of the prolonged stretch of winter weather that impacted most of the United States from 12-20 February generated record-breaking cold temperatures, which extended as far south as the U.S. / Mexico border.

Concurrently, a series of low-pressure systems produced rounds of hazardous snow, sleet, freezing rain, ice and severe thunderstorms with impacts spanning from Washington state to the Mid- Atlantic. The storms resulted in power outages for millions, transportation disruptions, extensive property damage (particularly in the Southern Plains due to burst pipes) and impacts to the agricultural sector. Aon said it expected the total direct economic cost in damages and net-loss business interruption to well exceed $10 billion.

Steve Bowen, director and meteorologist on the Impact Forecasting team at Aon, said: “The unprecedented volume of winter weather impacts tied to the Polar Vortex across the United States in mid-February will result in a prolonged period of loss development, but will certainly end as the costliest insurance industry event for the peril on record. Despite being the coldest February for the contiguous U.S. in a generation, it marked only the 19th coldest February dating to the late 1800s.

“As the climate changes, such prolonged bouts of cold temperatures are likely to be less frequent, but the intensity of extreme cold events will grow more volatile. The impacts in Texas highlight the importance of infrastructure modernization and improved building code practices to better prepare for more unusual weather behavior in the future.”

Meanwhile, almost ten years after the earthquake and Tsunami that devested large areas of Japan a magnitude-7.1 earthquake struck off the coast of Japan’s Fukushima Prefecture on 13 February, killing one person and injuring 187 others. As many as 4,700 residential structures were damaged or destroyed. Total economic losses were expected to reach into the hundreds of millions of US dollars The General Insurance Association of Japan (GIAJ) reported that nearly 88,000 insurance claims had already been filed.

Tropical Cyclone Niran caused notable wind- and flood-related impacts across the coastal areas of Queensland and New South Wales on the eastern coast of Australia from 25 February – 4 March. Thousands of homes, in addition to other private and public infrastructure, were damaged. Economic losses due to crop damage alone was listed at AU$200 million ($155 million).

A magnitude-5.4 earthquake struck near Sisakht in the Kohgiluyeh and Boyer-Ahmad Province of Iran. At least two people died, and 60 others were injured. Local officials noted that 5,800 structures were damaged or destroyed. Morocco also experienced periods of heavy rainfall during February. Urban flooding in Tangier on February 28 resulted in the deaths of 28 people. Local media reported homes and vehicles inundated with water across the city.

The storms resulted in power outages for millions, transportation disruptions, extensive property damage (particularly in the Southern Plains due to burst pipes) and impacts to the agricultural sector. Aon said it expected the total direct economic cost in damages and net-loss business interruption to well exceed $10 billion.