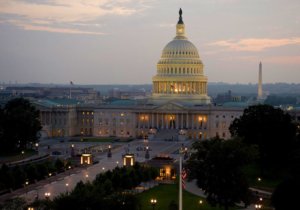 Insurance Associations in the US have welcomed the decision by the United States House of Representatives to pass the Terrorism Risk Insurance Program Reauthorization Act (TRIA).

The House has agreed a seven year extension to the federal government terrorism insurance backstop which was introduced following the attacks on 11 September 2001. The Terrorism Risk Insurance Program Reauthorization Act of 2019 (TRIP) was ratified by the Senate and comes as the current extension was set to expire at the end of the year.

TRIP will provide for a seven-year reauthorisation period, require a U.S. Government Accountability Office (GAO) report on cyber terrorism risks, and require biennial Treasury reporting that includes disaggregated data on places of worship. Since its initial enactment, TRIP has undergone three additional reauthorisations in 2005, 2007 and 2015.

The Independent Insurance Agents & Brokers of America (the Big I) said the decision was crucial to US businesses.

“The scheduled expiration of the Terrorism Risk Insurance Program (TRIP) at the end of 2020 is approaching, and the Big ‘I’ applauds the House of Representatives for taking action to extend the program on a long-term basis well before the scheduled expiration,” said Charles Symington, Big “I“ Senior Vice President of external, industry and government affairs. “The Big ‘I’ especially wants to thank Chairwoman Maxine Waters (D-California) and Ranking Member Patrick McHenry (R-North Carolina) for recognising the critical role that the program plays in the U.S. economy and building a huge bipartisan consensus to reauthorise the program.”

He cautioned despite the renewal there is still a very real need for the program, as the threat of terrorism is still “ever-present, and the unique nature of this risk has not changed”.

Wyatt Stewart, Big “I” Senior Director, federal government affairs added: “This legislation is vitally important to maintaining the strength of the commercial property-casualty insurance market and would provide much-needed stability to the U.S economy.”

Jimi Grande, Senior Vice President of Government Affairs, at the National Association of Mutual Insurance Companies (NAMIC), said the hope was that President Trump would authorise the bill by the end of the year to avoid any gap in the coverage.

“NAMIC commends the leadership and bipartisanship of the Senate Banking Committee for taking up and passing S. 2877, critical legislation that will reauthorise the Terrorism Risk Insurance Act, thereby safeguarding our country’s national economic security from the threat of a catastrophic terrorist attack,” he added. “TRIA is the right model for risk-sharing between insurers, policyholders, and the federal government that, in addition to providing an immediate stabilising effect in the short-term following a terrorist attack, has helped create a robust private market for terrorism insurance to form where it would not have otherwise.

“With passage of TRIA reauthorisation legislation out of the House and the unanimous passage of an identical bill out of the Senate Banking Committee demonstrates that there is little daylight between the two chambers or between the two sides of the aisle. There is no reason Congress shouldn’t be able to get a bill to the president’s desk by the end of the year. Today, NAMIC is calling on House and Senate leadership to come together and commit to accomplishing this in 2019.”