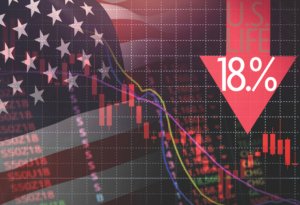 AM Best has reported net income in the United States  life/annuity industry dropped by approximately 18% to below $28 billion in the first nine months of 2019, compared with the same prior-year period, as net realized capital losses declined.

According to the report, a $56.9 billion increase in premiums and annuity considerations was countered by a $41.1 billion decline in other income, resulting in a slight 2.3% total income increase for the life/annuity industry to $660.6 billion for the nine-month period.

Total expenses increased 4.3% from the same period of 2018, and with that increase outpacing the increase in nine-month total income, the industry’s pre-tax operating gain declined 26.1% from the prior year to $31.9 billion. Despite the decline in net income, the segment’s capital and surplus grew 7.0% from the end of 2018 to $425.2 billion.