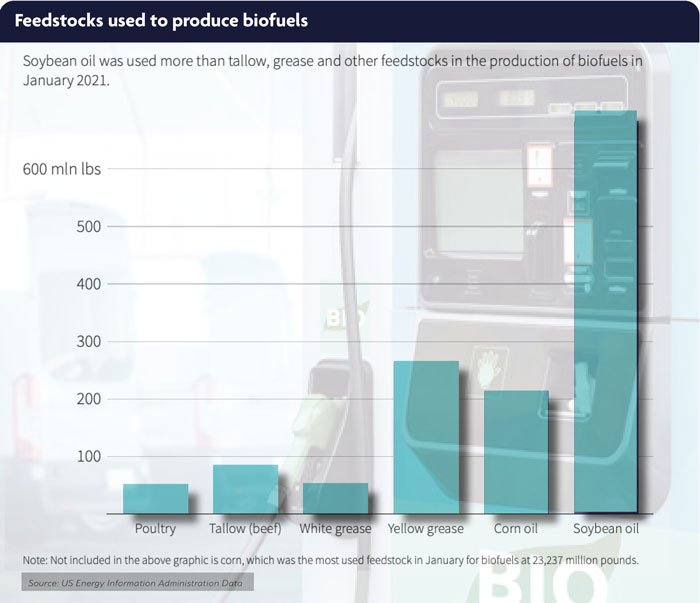 As renewable energy demand is expected to surge in the US over the next decade as the country seeks to move away from its dependence on fossil fuels, analysts are warning of another key emerging risk: a potential shortage of crucial biomass.

Biomass is energy from material that comes from plants and animals. It can make fuels such as renewable diesel, biodiesel, sustainable aviation fuel and ethanol.

In 2019, nearly 5 quadrillion British thermal units (Btu) and about 5% of total primary energy use in the United States, according to the US Department of Energy.

Renewable energy is a key plank of US President Joe Biden’s energy strategy. Only last week the Biden administration said aims to transform the United States into the world’s leading producer of energy from offshore wind, according to Amanda Lefton, director of the US Bureau of Ocean Energy Management (BOEM).

The administration’s plan set a goal to deploy 30 gigawatts of offshore wind energy by 2030, enough to power 10 million homes.

Such a move would catapult the US into the world’s leading player in the offshore wind energy market. Europe, by contrast, produces in the region of 20 GW of capacity from offshore wind at present- though renewable energy is also a key driver of its forward-thinking here. According to Willis Towers Watson’s latest Energy Market Review, for example, “economic realities have driven a rapid rise in the use of renewable energy worldwide – the BP Statistical Review of World Energy shows it to rising to nearly 10% of global energy supply – and with over 20% of energy in Europe being provided by renewable sources in 2019” .

However, at present most US energy use is still based around fossil fuels like petroleum and natural gas and refiners, farmers and agricultural giants are hoping to gain a foothold in fuel supply through production of fuels made from biomass.

A key sticking point here, however, is that biomass-based fuel production could face limits, as farmers need to harvest more soy and other products to meet growing demand, while companies that collect and process animal fats or spent cooking oil also would need to expand.

Fuels such as biodiesel, renewable diesel and sustainable aviation fuel draw from the same feedstock pool, and analysts have warned there might not be enough lower-carbon intensive feedstock to keep up.

Demand for soybean oil alone is expected to far outstrip supply by 2023, according to a BMO Capital Markets report. The financial services provider estimates an incremental demand of 8 billion pounds of soybean oil by 2023 because of an increase in renewable diesel production.

Renewable diesel production capacity is expected to nearly quintuple to about 2.65 billion gallons (63 million barrels) by 2024, according to research by Goldman Sachs. But that would require an additional 17 billion pounds of feedstock.

A key part of the problem is that while other, lower-carbon intensive feedstocks like tallow and used cooking oil are gaining traction because of government incentives, producers still rely mostly on corn and soybean oil to make biofuels.

Fuels such as biodiesel, renewable diesel and sustainable aviation fuel draw from the same feedstock pool, and analysts have warned there might not be enough lower-carbon intensive feedstock to keep up.

0
SHARE:
Pressure on the City as Europe plays hardball